Central Reform Temple of Boston, a progressive Jewish congregation located at 15 Newbury Street in the Back Bay, will once again offer a series of summer Sabbath Eve worship services in Provincetown, on Friday evenings, July 19 and August 9 at 5:30 p.m. These inclusive, egalitarian celebrations in prayer and song, will be led by Rabbi Howard Berman and the congregation’s musicians, and will be held at the UU Meeting House, 236 Commercial St., Provincetown, followed by an Oneg Shabbat social hour on the front lawn.

Central Reform Temple, the liberal Jewish presence in the center of Boston, is active in the interfaith and LGBTQ communities and in the broader civic and social life of the city. With many members who are also residents of Provincetown, it has offered various programs here on the Outer Cape over the years, highlighted by these special monthly worship celebrations each summer.

People of all faiths and spiritual practice are warmly invited and welcome to participate. For further information, call 617.262.1202 or visit centralreformtemple.org.

The stories of the Mayflower Pilgrims and the Wampanoag native people are getting an overhaul at the Pilgrim Monument and Provincetown Museum (PMPM). The portrayal of the history of the Wampanoag native people, their presence on Cape Cod prior to the arrival of the Mayflower Pilgrims, their interactions with the Pilgrims, and the significance of that time period in history, will be the focus of a new exhibition at the Pilgrim Monument in Provincetown Museum and the only one of its kind in the United States.

The PMPM is working with the Mashpee, Mass.-based Smoke Sygnals, the leading Native American creative agency in the Northeast. The PMPM is planning on opening the exhibition in April 2020 to coincide with the 400th anniversary of the Mayflower Pilgrims’ first landing in the “new world” in Provincetown, where they signed the Mayflower Compact, considered the first governing document of colonial America. The new exhibition will be located in the Museum’s Mayflower Room and will include interactive videos and panels to educate visitors on the accurate story about the local Wampanoag people and their interaction with the Mayflower Pilgrims and other colonists.

Courtney Hurst, President of the PMPM Board of Trustees, said that the real story needs to be told about the importance of the local native people to the Outer Cape and their meeting the Mayflower Pilgrims.

“We see a real connection between the history of the Wampanoag native people, the Mayflower Pilgrims, and what is happening in the world today and why pilgrims of all backgrounds continue to come to Provincetown. We are the place where individual freedom is celebrated, we care about social justice for all, and the Pilgrim Monument stands tall as a symbol that dominates the landscape to show that all are welcome here,” said Hurst.

The new exhibition will include a welcome kiosk where visitors can choose from several videos to begin their tour. The exhibition will cover four time periods: Pre-colonial interaction of the Wampanoags, the Mayflower Compact, relations between the native Wampanoags, and King Phillip’s War.

The exhibition also features an interactive piece where visitors will be asked “What’s Wrong With This Picture?” where one of the current panels that depicts the first encounter between the Pilgrims and the native Wampanoags will remain and feature questions for visitors to point out the inaccuracies in the panel.

Dr. K. David Weidner, Executive Director of the PMPM says that the new permanent exhibition is just one of a series of initiatives going on at the Provincetown Museum to tell the history of the town and that they will at some point be adding others to tell the story of the impact of the LGBTQ community, the arrival of people from the Azores and Portugal, and the local Afro-Caribbean people who have made significant contributions to Provincetown.

Dr. Weidner says that these new exhibitions will require financial resources. “We are actively seeking partners and sponsors who can help us tell the story of Provincetown and be part of the continuing legacy of the town and all of its uniqueness that makes it a special place like nowhere else.” 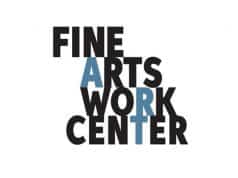 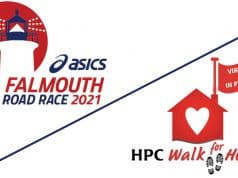 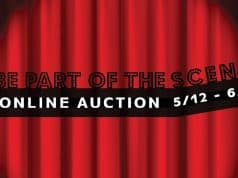