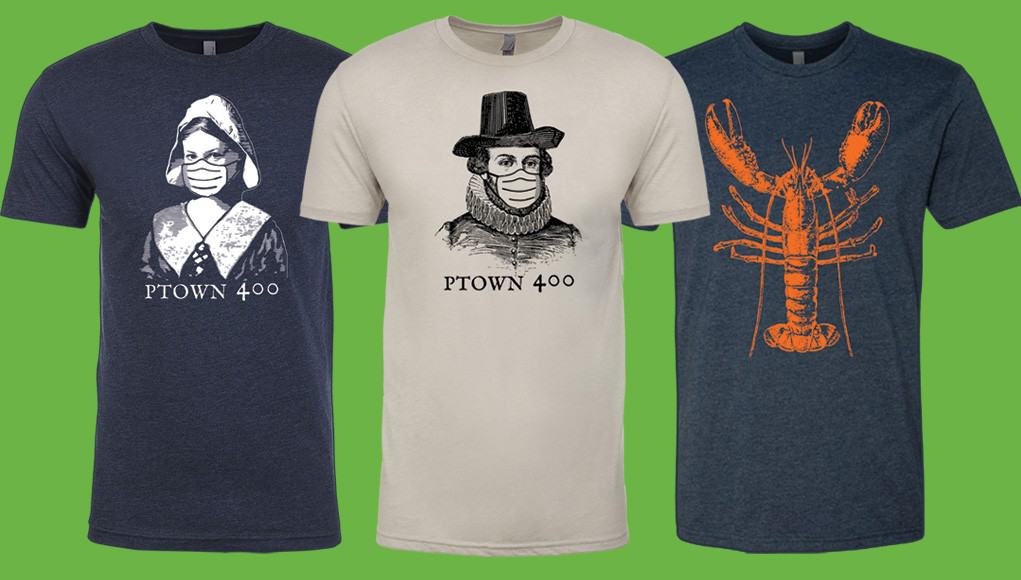 When Hook Provincetown opened seven years ago, the safety-orange lobster on a dark blue t-shirt was an instant hit. The top-selling shirt for the Commercial Street shop reinvented the tourist t-shirt and became an icon in the process. It’s not only seen all over Provincetown, but everywhere from Palm Springs to Puerto Vallarta.

Each winter owner John Niblock scans the Internet looking through historic photos and images of Provincetown for his next big idea. “All of my ideas are inspired by Provincetown; by living here,” he says.

A retired attorney with no design background, Niblock presents new designs along with old favorites each spring, but none have dethroned the lobster as bestseller, until now. Quite early in the year he already had designs to coincide with Provincetown 400, the commemoration of the landing of the Mayflower on the Cape tip. But just before making an order in mid-March for the upcoming season the severity of the COVID19 pandemic made it clear this would be a summer like no other in Provincetown. He made a quick alteration by putting masks on the Pilgrims. It gave people a chuckle just when they needed it the most. He’s shipped them to customers all over the world as a light-hearted souvenir of these strange days and a reminder to do your part for public health.