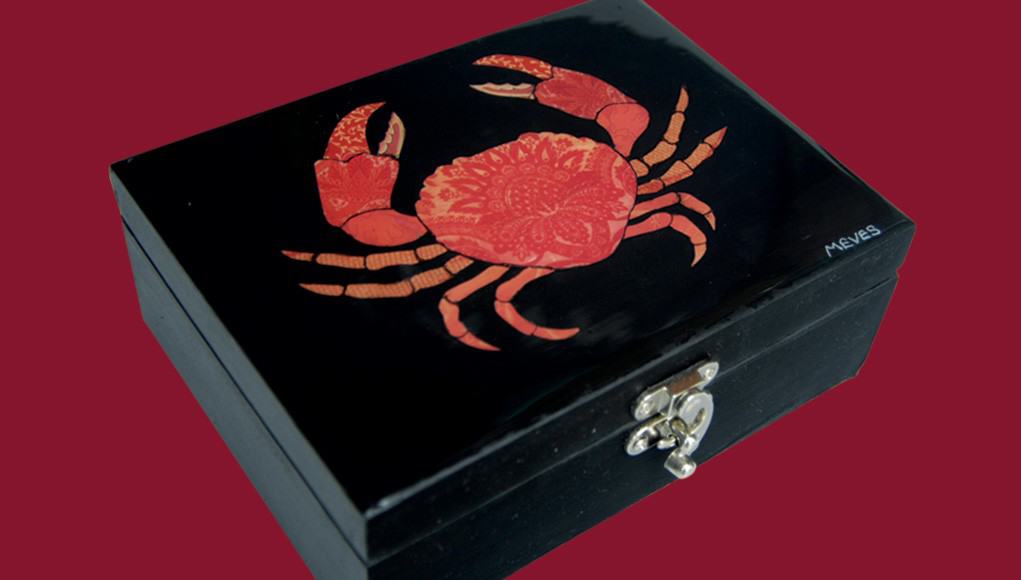 There’s just something about boxes. Just ask Pandora. We put our most treasured possessions in them. We organize our lives with them. We bristle with excitement when given one, even if empty, as the enthusiasm spills over into the possibility of what we can do with them. On their own, boxes are a beloved gift. The Strong Museum of Play in Rochester, New York, even added a simple cardboard box into their Toy Hall of Fame.

Over at the Adam Peck Gallery these one of a kind boxes made by Provincetown artist Bill Meves stop passersby in their tracks in the West End when they see them in the window. A resident since 1972, Meves’ interest in creating these delights began with a fascination with Russian lacquered boxes. After studying decoupage and assemblage, he gave the early boxes as gifts for friends. Then came requests for commissions, and their popularity led them to now be featured at the gallery. These images of sea life, crabs, fish, squid, and lobsters are made from dozens of small pieces of papers, antique and reproduction, assembled and preserved beneath a polished surface, where they float in a vivid life of their own. Each work is unique, using mostly rare paper, ensuring no two boxes will ever be the same.