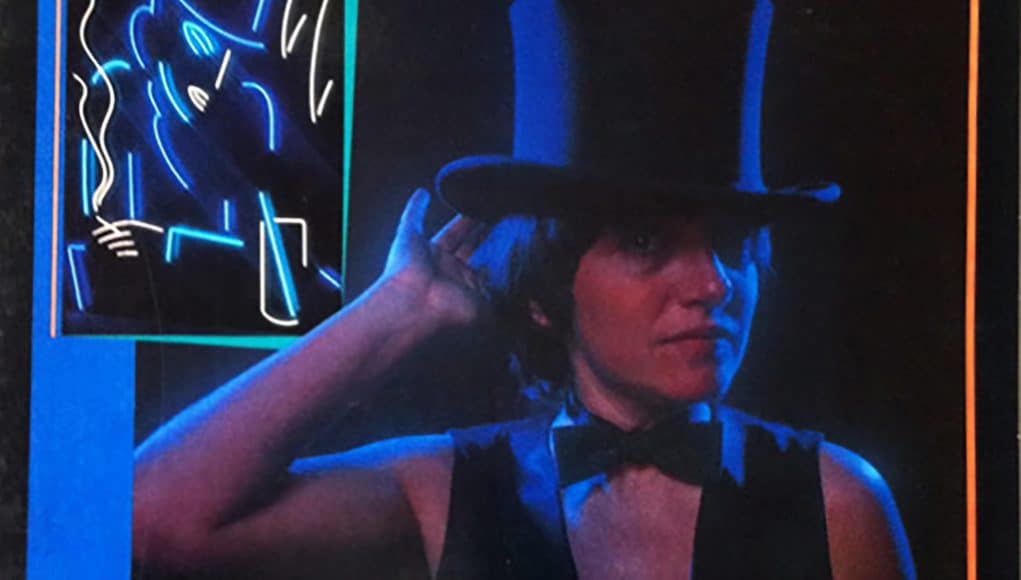 Born 80 years ago in Winnipeg, Manitoba, Canada, Robin Tyler came out swinging, in more ways than one. The above quote from a soon-to-be-released documentary about the pioneering stand-up comic and activist outlines just how much the odds were stacked against LGBTQ people pre-Stonewall, and for some time thereafter. Even today, not all the rights denied back then are fully realized in the United States. And indeed, even the idea of a Canadian Jewish lesbian making it big as a stand-up comic, while being out, seemed nearly impossible, if not outright treacherous. But that’s exactly what Tyler did, becoming the first comic to be fully out and presenting LGBTQ and feminist material in her routines on stage and on television. No one had seen or heard from anyone like Tyler with that large of a platform before. Saying she was born an activist and a lesbian, and that “she would choose both if she hadn’t,” Tyler changed the face of popular culture as well as politics. And her weapon of choice was a joke, which she’ll present this Women’s Week with a series of shows at the Post Office Cabaret.

“Humor is resistance,” says Tyler. “That’s what makes it so dangerous. Humor is so dangerous that the Catholic Church banned stand-up decades ago, saying it was against the Church.  They were afraid of the power humor has. Humor is our way of fighting back.”

The timeline of Tyler’s life reads like an LGBTQ history of the United States. She was often at the epicenter of monumental moments and witnessed everyday tragedies and triumphs, as well. She left her native Winnipeg in the early 1960s, landing briefly first in Toronto and then New York City. There she started performing as a singer, often in gay bars, which were then almost exclusively run by the mafia. She laughs when she recalls how she grew tired of working with bands, as one member or the other flaked out of a gig. So she wanted to go solo. One night while enjoying a drag show she thought to herself, “I could do that.” She did a pretty good Judy Garland impersonation, after all, so she applied for a job at Club 82, a popular gay bar on East 4th Street in Manhattan. And she was hired and became a cast member in the popular drag revue at the club. On one night of no particular importance in 1962, a few days before Halloween, the police raided the gay bar, a common occurrence, and arrested all of the female impersonators as so-called “cross dressing” was a crime then. When Tyler and her castmates proclaimed that she was a woman, the vice squad dismissed the protests. Days later the New York Post ran a story with the headline “Cops Grab 44 Men and A Real Girl in Slacks.” In the reporting on the incident, the paper also ran Tyler’s measurements.

Things would soon change in a big way. Tyler was living in New York during the Stonewall Riots, and went to witness it the first night as news spread quickly among the LGBTQ community. She recalls the frustration of not being able to participate as she was not an American citizen and homosexuality on its own was grounds for deportation. As the LGBTQ and feminist movements each got a shot in the arm, Tyler and her partner Patty Harrison saw an opportunity and formed the comedy duo Harrison and Tyler. They were a huge hit, and did not shy away from cracking jokes about being lesbians from a feminist perspective. Tyler notes they turned women and gays and lesbians from being the object of humor to the subject, which provided much-needed representation and gave mainstream audiences an avenue to find empathy with their material. Their comedy albums Try It, You’ll Like It and Wonder Women were landmark recordings for their content, and their humor was so wide-reaching ABC offered them their own variety show, which unfortunately didn’t go beyond the pilot episode. Tyler went solo in the late 1970s, releasing her monumental LGBTQ comedy album Always A Bridesmaid, Never a Groom, which corresponded to numerous national television appearances, all as an out lesbian.

Tyler clearly knew how to draw a crowd, and that translated well into her equally successful work as an activist. She had long lobbied for a gay rights march on Washington, an idea that divided the LGBTQ community until the assassinations of Harvey Milk and San Francisco mayor George Moscone. Tyler hosted that march in 1979 and produced it, as well as the marches in 1987 and 1993. She also produced women’s comedy and music festivals, with the latter being the first trans-inclusive in the country. Come the new millennium she organized the Stop Dr. Laura coalition taking on the homophobic radio show host (costing parent company Paramount over $40 million) and then she successfully sued the State of California with her late wife Diane Olson for the right to marry. Tyler didn’t plant flower seeds of equality, but rather those of mighty sequoias.

Tyler first performed in Provincetown in 1986, a place she calls a gay Carnegie Hall, as its where every LGBTQ entertainer wanted to be booked in the 1970s and 1980s, a phenomenon that remains true. Every bit the pioneer and icon, like Milk, Cleve Jones, and Larry Kramer, it’s high time Tyler receives the same recognition and accolades for her activism and applause for someone who still can bust a gut with a quip or comedic observation. Once, when being heckled by a drunk man who asked, “Are you a lesbian?” she responded, “Are you the alternative?” It’s hard to forget Tyler, but she does worry perhaps Provincetown has.

Robin Tyler performs at the Post Office Cabaret, 303 Commercial St., Wednesday, October 12 through Saturday, October 15 at 2 p.m. Tickets ($25) are available at the box office and online at postofficecafe.net. For more information call 508.487.0087.