Stonehenge.  The Nazca Lines.  The Great Serpent Mound.  All massive and mysterious ancient creations that continue to capture our imaginations as to just what they mean and what they were to the cultures that built them. James Crump’s 2015 documentary Troublemakers: The Story of Land Art explores those radical artists of the 1960s and 1970s who rebelled against the New York art world, producing gigantic pieces of Earth-based art primarily in the expanses of the American southwest, taking a cue from those early land art ancestors while slamming a fist down on  the establishment that still registers aftershocks today.

This moody and intense film follows those artists—primarily the three heavyweights of the movement Robert Smithson, Walter De Maria, Michael Heizer,  as well as Dennis Oppenheim, Nancy Holt, and Willoughby Sharp—as they seek a creative canvas bigger than traditional art forms for their iconoclastic ideas born of out of a time of revolution.  While exploration of art and artistic movements creates categories and binders that can exclude or condense, Troublemakers still creates a passionate narrative beginning with the conception of land art at the salon-like atmosphere of the famed New York nightclub and restaurant Max’s Kansas City, in the galleries of influential art patron Virginia Dwan, and in the pages of the art magazine Avalanche.

The real strength of Troublemakers is in its presentation of these landmark art installations, both figuratively and literally, with breathtaking photography and informative exploration of the inspirations and ideas behind them. To paraphrase a moment in the film, it was a time in New York where the most interesting people were those who had something to say rather than something to sell, insinuating what the city would become in the following decades. Land art would prove to be an influential form for anxious times.  But also, maybe the most rebellious aspect of their work, is that they created art that existed outside of commerce and rejected the idea that art doesn’t have value if you can’t own it.

While the film features many different expressions of the movement, it focuses on   some of the most famous works like Heizer’s Double Negative in Nevada’s Moapa Valley, De Maria’s Lighting Field in Catron County, New Mexico, Holt’s Sun Tunnels just outside the ghost town of Lucin, Utah, and perhaps the most famous piece of land art, Smithson’s Spiral Jetty on the northern shore of the Great Salt Lake in Utah.  Also, the film makes mention of the tremendous 1.25-mile long work City begun by Heizer in the Nevada desert in 1972, a piece he continues to work on to this day. The work is already so well regarded it is included within the boundaries of the Basin and Range National Monument, created by President Obama last year. In fact, many of these works helped preserve huge swaths of the American southwest, an accomplishment in addition to the artistic merits of the works that is made clear by the film. 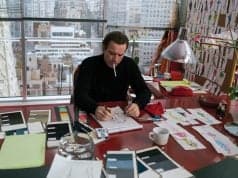 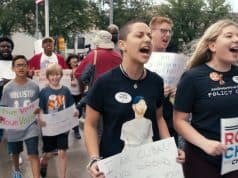