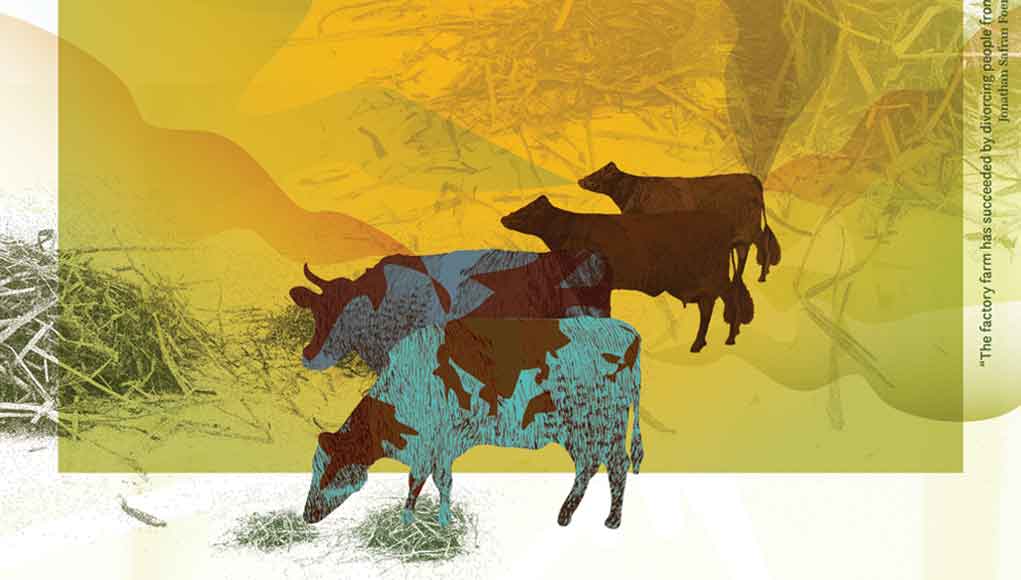 Artists and scientists have a lot in common. Both have specific visions, a professional process, and a means of communicating with the public. But they can also have the same challenges. In particular, many outside of their field do not have a deep understanding of the methods used by each.  And of course, the artist and scientist may not recognize the commonalities they share as art and science may seem to be distant disciplines. With the cultural fabric of Provincetown imbued with both fields, it is well known here that big ideas come out of each. Just imagine what could happen if artists and scientists worked together?

That’s the idea behind the Broto: Art, Science & Collaboration conference this weekend at the Pilgrim House, a three-day event bringing artists and scientists together to create solutions to the climate change challenges that face us as a community on every level. Founded by Ian Edwards, Broto (the Portuguese word for “bud” or “sprout,” a nod to Provincetown’s heritage) seeks to begin the process of creating art and science collaborations. As such, this first year of what he hopes is an annual event is all about planning, with attendees creating a blueprint to work with moving forward.

“My hope is that we start a conversation,” says Edwards. “I’m a believer that two heads are better than one. Let’s see if art and science can inform each other.”

With a background in sustainability consulting, Edwards had the idea for this synergistic conference several days after 195 countries adopted the Paris Climate Accord in December 2015 as a United Nations attempt to address climate change.  Clearly, the environmental challenges that face humanity are epic in nature and require change and new ideas from everyone from multinational organizations to small communities like our own on the Outer Cape. As such, Edwards approached two leading local organizations, the Provincetown Art Association and Museum (PAAM) and the Center for Coastal Studies, to create a space where the arts and sciences could exchange philosophies and concepts.

“It’s important to get people with big ideas in the same room,” says Edwards, who is also producing the first TEDx Provincetown this June 30. “I like big ideas. I like bold, audacious ideas.”

For a very long time now Provincetown has been a crucible of thought in a variety of disciplines as people from all over the world congregate here, adding vigor and dynamism to the world of arts and literature, scientific and environmental thought, as well as social activism and civil rights. And Provincetown is a vulnerable location when it comes to both climate change, as was evident this past winter, as well as the forces of gentrification, which could wipe away the art colony with it. So an event like Broto is a more formal presentation of what is a central feature to Provincetown’s culture of creation. But considering that the arts and sciences might not naturally interact, the conference creates that opportunity, one that artist Joerg Dressler relishes.

Originally from Hanau, Germany—the hometown of the Brothers Grimm, Dressler had already begun exploring the shapes of clouds in his work when Edwards walked into the Alden Gallery one day. Dressler, in particular, explores the scientific research that shows the negative effects on the planet and humanity as people become more and more disconnected from the natural world, something Richard Louv called “nature deficit disorder” in his 2005 book, Last Child in the Woods.

Over the past few months Dressler has collaborated with Mark Borelli, director of the Seafloor Mapping Program at the Center for Coastal Studies, and felt in so many ways that an artist’s creative process and the scientific method have much in common, as the parallels made themselves apparent time and time again.  Through his work with Borelli, and Mark Adams, Dressler created new works, including infographics, based on an earlier exploration of English and German idioms, that will be on display at the conference. Dressler will also appear on a panel titled “Merging Artistic and Scientific Methodologies” with Borelli, Elizabeth Bradfield, and Dr. Stephanie Vasko, managing director of Michigan State University’s Center for Interdisciplinarity to report to attendees what can come from the intersection of art and science.

“It’s exciting to me to have these thoughts and ideas about things that I otherwise would not have had,” says Dressler.   “It was a great experience.”

Broto: Art, Science & Collaboration conference takes place Friday, May 4 through Sunday, May 6 at the Pilgrim House, 336 Commercial St., Provincetown. For tickets to specific events and the entire conference, as well as the full schedule, visit broto.eco.