That call and response chant has long been a hallmark of progressive rallies and protests. And while it is often true, it’s not all that democracy is about. While marching in the streets can be an important rallying point in organizing a movement and helping it grow, it needs to result in action –real action – in order to ultimately be effective. People need to not only show up for energizing and affirming marches, but also for the grinding work that doesn’t come with live television coverage and the powerful feeling of being surrounded by like-minded people. It requires reaching out to those different than yourself, considering where you might be wrong, and being open-minded enough to change your own mind in hopes others might change theirs. It’s tough, tough work, and if the same numbers that show up to those enormous events also turned out for a voter registration drive or a strategy session, real change would come much faster.

Consider that the Women’s March in January 2017 and the March For Our Lives in March of this year were each the largest protest in American history when they happened. And yet in last week’s primary elections only 22.7% of voters in California participated. Participation increased in Iowa, home of the all-important first presidential caucus every four years, but only had 13.1% of Iowans turn out…and that was considered good news as it’s the most in over a decade.

The work of our democracy is an all-hands-on-deck endeavor. But when it comes to cultural revolutions that in turn can change our nation’s politics, it becomes an even quieter exercise that often exists in the privacy of the voting booth. It’s the day-to-day interactions where people, everyday people, talk AND listen to one another. It can be messy, frustrating work, but vital to creating a country with liberty and justice for all. The Provincetown International Film Festival is one of the institutions on the Cape tip that brings a diverse amount of voices to a town celebrated for doing that very work. As we all know, especially those that go to every night of Town Meeting every year, it’s not always easy, but it’s the only way.  These documentary films illustrate democracy and a free society in action. So if you want to know what democracy looks like, go see these three films at this year’s festival.

Time for Ilhan by Norah Shapiro

Many had expected an important first to come out of Election Day in November 2016. But that of course didn’t happen. That’s not to say that there weren’t historic victories, though. One was the election of Ilhan Omar, a Somali refugee who was elected to the Minnesota House of Representatives, becoming one of the few Muslims of any gender to hold public office. Hateful rhetoric against refugees, immigrants, Muslims, and people of color has only grown since it became a hallmark of the presidential election and of many congressional races. Minnesota is one of the states that has received the most refugees of any other in the country, many coming from Somalia since the civil war broke out in 1991. And of course, Somalia is one of the countries on President Trump’s travel ban list. As the documentary shows, he traveled to Minnesota just days before the election telling lies about the Somali community in that state. And many lies were told and spread about Omar prior to the election to try and derail her campaign. But Time for Ilhan is not just about identity politics, racism, and sexism, nor is it an indictment of the Republican Party. It casts a wider lens and show problems within the Democratic Party with those same issues. It’s also an example of a candidate that the establishment—be they Republican or Democrat – said didn’t have a chance by running an unorthodox campaign. It features a diverse group of engaged and active people of all ages, including the much-maligned Millennials, working long hours to rally not just behind Omar, but the ideals for a more representative democracy. Omar made international news with her win and may do so again as she is running to represent the Fifth District in the House of Representatives, a seat currently held by Keith Ellison, the first Muslim member of Congress, who is running for Minnesota Attorney General. While her district is heavily Democratic, a win by Omar would once again send waves of progress through our democracy.

The Gospel of Eureka
by Michael Palmieri and Donal Mosher

The United States saw what felt like lightning fast progress when it came to LGBT+ rights. In 2015 the Supreme Court ushered in marriage equality nationwide and President Obama lit the White House in rainbow colors a couple of weeks later for Pride. But now comes the backlash. The current battleground for equality now seems to be civil rights versus religious liberty, with those whose religion condemns homosexuality saying recent advancements for LGBT+ people infringes on their own rights. It’s already a bitter, bitter fight, but hardly a new one. The Gospel of Eureka takes viewers to Eureka Springs, Arkansas, a town much like Provincetown. Located in the Ozark Mountains it has long been home to the outsider, including the LGBT+ community. But this is also the Bible Belt where conservative Protestant Christianity is considered the norm as the massive Christ of the Ozarks statue, much like Christ the Redeemer in Rio de Janeiro, looks over the quaint, historic town. Narrated by Mx. Justin Vivian Bond, the story’s backdrop is the upcoming town vote on ordinance 2223, passed by the city council to combat LGBT+ discrimination, which opponents seek to repeal at the ballot. As the issue quickly falls into the familiar fear tactics about who uses what bathroom, the true colors of the community appear. But The Gospel of Eureka is full of surprises and challenges as any assumptions made about the people featured in film give way to the complexities of the human condition. Eureka Springs is home to both Eureka Live, a gay club with popular drag shows, as well as The Great Passion Play, a large-scale production telling the story of the last week of Jesus Christ’s life. It was also the spot where anti-gay activist Anita Bryant tried to relaunch her career…. without success. Who goes to what show, or both, surprises as does what the documentary shows about faith and sexuality. The Gospel of Eureka chronicles the cultural negotiation that seemingly disparate people maneuver in creating a community that works for all, and while it’s not always pleasant, it can be done as common ground is found and bigotry defeated in one of America’s most unique towns.

Activist and academic Dr. Cornel West once said, “Never forget that justice is what love looks like in public.” But for many justice is an elusive promise made by the Founding Fathers that still goes unfulfilled. In fact the people who wrote our guiding documents supposedly securing equality and justice never intended those guarantees for them. How can a nation truly achieve those promises without first acknowledging the past? Case in point: the genocide of Native American people and the continuing obliteration of their culture. For much of the 20th century many government agencies removed Native American children from their families and tribes placing them with white families in part to disrupt the passing on of cultural traditions and introduce them to Eurocentric ideals and Christianity. In many states the practice still continues. Dawnland documents the very first truth and reconciliation commission in the United States as the state of Maine begins the painful and heartbreaking process of giving voice to the Native American population that suffered under this government action. Modeled after other truth and reconciliation processes in South Africa, Canada, and Australia, the work done by the commission in Maine gives no easy answers or fixes. However, Dawnland shows that while the past cannot be changed a nation, or in this case a state, cannot move forward towards true progress until it tells and accepts the truth. It’s then that true healing can happen.

The Provincetown International Film Festival is June 13 – 18 at various venues in Provincetown and Wellfleet. To find out when the films in this story are being shown visit the Festival box office on the first floor of Whalers Wharf Mall , 237 Commercial St., Provincetown, call 508.246.9171, or visit provincetownfilm.org. 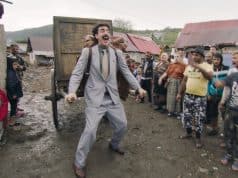 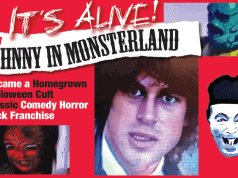 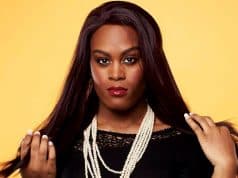