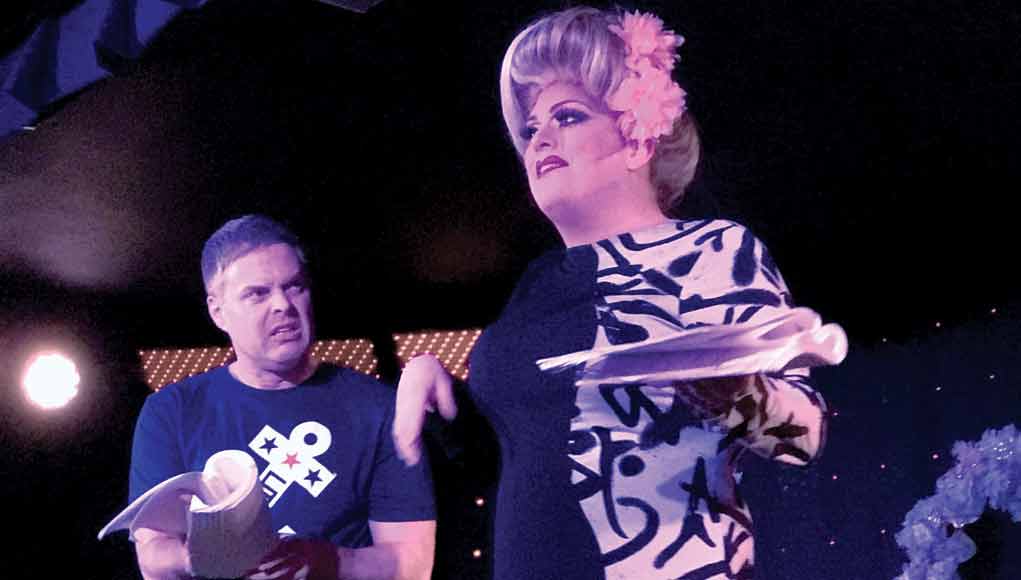 The latest theory about the possible identity of the Lady of the Dunes, whose body was found about a mile from the ranger station at Race Point on July 26, 1974, is a real doozy. The writer Joe Hill, son of legendary horror author Stephen King, wonders if the unknown victim was captured in a scene in the blockbuster film Jaws. The shots of crowds at the Steamship Authority terminal in Vineyard Haven, illustrating the Fourth of July on the fictional Amity Island, feature a few stills of a woman Hill believes matches the description of the still unidentified victim, renewing interest in this very cold case and eliciting more than a few side-eyed glances of skepticism as prior amateur sleuths have theorized everything from alien invaders to Satanic cults to witchcraft in this very real Provincetown murder mystery. But a Google search for Provincetown murder mystery will provide a strange mix of results that offers up the Lady of the Dunes and Provincetown drag favorite of today, Liza Lott!

Provincetown is the kind of town where most anything can be romanticized and often is. And thankfully, it is also the sort of place that is ripe for satire. The Lucky Devil Theater Company has created its own unsolved murder to present a wicked love letter to the town in all its sometimes dysfunctional glory with Provincetown Murder Mystery, a marvelously fun and funny production that dips into the well of the Theatre of the Ridiculous. Even better, the show creates a new genre that can be called Plastic Lobster and Rubber Seagull Theater as at its very self-aware core the show reimagines the delightfully raunchy aspects of vaudeville as it lays out a type of old Cape Cod that would make Patti Page blush.

Provincetown Murder Mystery introduces us to three friends, the looking for love daddy in one of those ridiculous adult rompers, Danthony, a hanging onto his youth with a Vulcan death grip twink named Bleache, and a drag queen named Merge Left about to make her Provincetown debut next to the dumpster at the Crown and Anchor. The trio rents a musty and dank, over-priced condo above the Dick Dock for Carnival Week, only to discover that it’s haunted by an evil spirit hell-bent on revenge, when a hunky Bulgarian appears, who the guys need to offer as a sacrifice to this restless spirit.

To say wackiness ensues is an understatement, but by no means dismissive. Provincetown Murder Mystery is a perfect, light-hearted bit of summer fun that manages to mix cannibalism and cupcakes into an absolutely delightful romp of the silly and bawdy. The cast, featuring Gene Dante, Ben Dawson, Karl Gregory, and Liza Lott, with RuPaul’s Drag Race star Shangela Laquifa Wadley providing the voice of the ghost, give a hilarious lift to the rapid-fire script written by Anthony Gelsomino, who also directs this must-see, only in Provincetown style stage show.