The first thing you notice about Chef Rossi is her sense of humor. The girl is funny! Soon, you notice she’s also brave, kind, thoughtful, a little wounded, and most importantly, completely present. Speaking with her is like gliding down a river in a rubber raft, flowing through with ease, occasionally grazing the sides or the bottom of the waterway. There’s depth and strife and some angst; there’s humor and play. It’s an interesting and wild ride. And all of this is present in her writing (a memoir published in 2015, features for several publications, including Provincetown Magazine, and lots of blogs), her cooking, and her WOMR radio program. And now, her life comes to the Outer Cape in the form of a play at Wellfleet Harbor Actors Theater (WHAT).

Slavah Davida Shana Bas Hannah Rachel (“It’s a great name to yell up the stairs when you’re in trouble,” says Rossi.) was born in New Jersey, the daughter of very restrictive, old-fashioned Hungarian Jews. This fearless lesbian youth could not bear her repressive household, and ran away at 16. She says she has the “best how-I-got-to-New-York story” because three months after running away, living in a motel in Long Branch, New Jersey, which was full of “hookers and truckers and drug dealers,” she had a big party. Police came and arrested her; her parents were notified, and they sent her to the home of a Hasidic rabbi who specialized in taking in wayward Jewish girls in Crown Heights, Brooklyn. At the time, in the late 1980s, this was one of the most dangerous areas in the country; there were riots and murders and civilian patrols. Rossi describes the “normal” behavior as “driving around in station wagons with baseball bats and jumping out and hitting people if they see anything wrong.” Her experiences here range from “wonderful” to “some of the most horrible experiences of my life,” but this did get her to New York, where she needed to be, and it gave her grit. “Nothing I have ever done for the rest of my life has been as hard after Crown Heights.” It was such a difficult and intense experience that, while she touches upon it in her memoir The Raging Skillet: The True Life Story of Chef Rossi, she has much more to say about the two years she spent there. Her new book, Escape from Kingston Ave., which she is just completing, is devoted entirely to this experience.

As a writer, Rossi had her start at Provincetown Magazine, publishing her first article ever right here, and it was about her mother, in fact “making fun of” her mother. The article recounts Rossi’s experience with Harriet’s cooking, which she describes as initially “food that simmered forever and ever and ever, very Slavic Eastern-European food.” When her mom discovered the microwave in the late 70s, everything changed, for the worst. Disgusted by microwavable “powdered soup mix in a bowl,” Rossi cooked her first creation for her family, pizza bagels, and suddenly had an elevated status in her home, her father speaking to her with a new-found respect, her sister asking to borrow (instead of stealing) her underwear. When she wrote this article, her relationship with her mother was strained at best. Hesitantly, she sent her mother a copy of it. She recounts this conversation:
Harriet: Slovah!!!
Rossi: Are you mad that I was making fun, mom?
Harriet: Mad?? You’ve immortalized me, my Slovah, you’ve immortalized me! Promise to keep writing about me, promise to keep writing about me!
Rossi: How could I not? There’s so much material!

And after that, Rossi sent her mom every article, and Harriet would photocopy each one and send copies to relatives all over the country, “whether they wanted it or not.”

The nine months Rossi lived in Provincetown, writing for the magazine and writing mostly about her mother, and talking to her for hours at a time on the phone, was, ironically, the period of time when they were closest. And now the play based on her life with a real-life Harriet (her mom died in 1992) is being performed here, where Rossi’s heart is, where her home is, where she will someday retire to.

“Provincetown Magazine is how I started writing professionally and how I had the closest experience with my mother, and here now I’m back, like this wonderful circle thing that I mean I don’t even have the words for it anymore; it’s just very humbling,” says Rossi.

The playwright Jacques Lamarre read much of The Raging Skillet: The True Life Story of Chef Rossi while standing in line for hours at Rossi’s book signing. (The place was mobbed; she had given away peanut butter and bacon sandwiches to promote it, but it may also have been due to her humorous and compelling personality!) He approached Rossi and told her he wanted to adapt her memoir for the stage. She was not convinced, but stayed in touch with him. Soon, he mailed her an entire first draft of the play, without Rossi’s permission. Rossi loved it, laughing out loud in her hotel room. After many conversations, the play is now complete and has been performed in Hartford, Connecticut, and New York (Judy Gold played Rossi, “who was born for that part, a loud-mouthed Jewish lesbian from New Jersey playing a loud-mouthed Jewish lesbian from New Jersey”), and the play is now at WHAT, coming full circle.

Rossi says, “I told Jacques, ‘thank you for giving me back my mother’ (in Hartford), and it’s true, he really has. And the woman who played my mother in Hartford, I wound up going to high holiday services with her, an amazing experience. And Kathryn [Kates, who plays Harriet at WHAT] seems to already be adopting me a little bit, my mom here in Wellfleet!”

Raging Skillet by Jacques Lamarre is performed at Wellfleet Harbor Actors Theater, 2357 Rt. 6 Wellfleet Tuesdays – Saturdays at 8 p.m. through September 15. Tickets ($25-$39) are available at the box office or online at what.org. For more information call 508.349.9428.

At first, Chef Rossi’s name for her catering company was “Parties by Rossi” (an 80s name, like Bodies by Jake), and Rossi says, “people were always calling me for horrifying food, like would I make chicken cordon bleu, would I go uptown and make cucumber sandwiches, and I was so bored my brains were coming out of my ears.” But when she changed the name to the Raging Skillet, everything else changed. For example, she catered The Vagina Monologues, a group of 2,000 celebreties who wanted the food to be “anatomically correct.” One of her favorite creations? Oreos filled with a whipped peanut butter filling and then dipped in truffle-quality chocolate, passed on a beautiful silver tray with orchids on it, a waiter then offering someone’s grandmother the “Oreo Crack.” Delicious food served with a sense of irreverent humor!

Chef Rossi’s memoir The Raging Skillet: The True Life Story of Chef Rossi is available at feministpress.org or wherever books are sold. You can hear her radio program, Bite This, every Thursday 8-8:30 p.m. on WOMR, 92.1 and 91.3 FM. 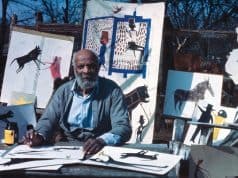 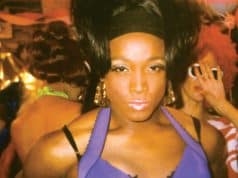