A Portrait of Chelsea Manning

Tim Travers Hawkins’ new documentary XY Chelsea, which premiered last month at the Tribeca Film Festival in New York and will air on Showtime this June, paints a portrait of a young woman with an uncertain future with a delicate brush. The subject, Chelsea Manning, who collaborated with Julian Assange to release thousands of classified documents, including a video of Reuters photojournalists being killed by the U.S. military, collaterally, is someone who has seen her fair share of media coverage. But whether you see her as a hero or a villain, under Hawkins’ eye, Manning is a human being, no more and no less.

“ I think being a hero is actually a terrible burden, in reality. It places incredible expectations on you, and it’s actually weirdly dehumanizing becuase I don’t think we can expect human beings to be consistently heroic about everything,” says Hawkins in a telephone interview. “I think she’s acted heroically, but she’s also a human being… Also, I think she doesn’t see her act as being particularly within that heroic space, I guess, which is a sort of epic space of our storytelling, and of mythology. It’s more like she did a simple act. And of course, the fallout from that is epic, but I think she still sees the act in itself as being this quiet thing.”

Hawkins contacted Manning while she was in prison in 2015, not so much because he wanted to make a film about her (which at the time would have been very difficult since filming and even recording phone calls at Fort Leavenworth Military Prison where Manning was held was prohibited), but because he admits he was inspired by what she’d done, calling it “a really defining kind of political moment of my generation,” and because he’d read that she was in solitary confinement for having prohibited publications in her cell (such as Vanity Fair).

The film that ultimately was made had to be revised just before its Tribeca premiere when Manning was once again arrested this past March, this time on contempt for refusing to answer questions asked by the grand jury in the United States’ case against WikiLeaks founder Julian Assange. Manning, who was court-martialed in 2013 with a 35-year sentence, (which was commuted by President Obama in January of 2017), has stated her refusal to answer is based in protest of the grand jury process and on the fact that she already gave full testimony, which she stands behind, at her own trial and has nothing else to contribute. In March she was imprisoned and sent to solitary confinement, something she’s been through before and discusses in XY Chelsea. She has since been taken out of solitary.

The point of view of the documentary is clearly one in support of Manning’s actions, with less than a minute of discussion around the possibility that what she disclosed may have put the lives of military sources at risk, something Manning vehemently contests. But the question of whether or not Manning did the right thing is not really the story of this film.

“What always really drew me in was her story, who she was, because for me the fundamental question of the discolsures, for example was not is she a hero or a villain, but why was it her? What makes a person do that? I think that’s absolutely fascinating,” Hawkins explains.

As Manning went to trial, she came out as a transgender woman, a circumstance which pushed the story into a new, some might say more salacious territory. Whether or not Manning’s transgender identity had anything to do with what she did is not immediately clear, although Hawkins has his own beliefs about it.
“I think what’s interesting is how the media responded to this, to when she came out in 2013. And I think a lot of the challenges with this film was sort of unpicking a pre-established media narrative about the connection between her trans identity and the disclosures, which is quite a toxic one. I wanted to pick that apart and in a sense reframe it,” Hawkins says. “I believe, and it’s actually a line from Chelsea [in the film] saying that it’s got a lot to do with empathy. If you’re a person whose identity is denied or is oppressed, then when you look out at the world, you are going to see and identify with other people different from you who are also oppressed. And I think that’s a fundamental aspect of why it was her. It’s partly to do with that: when you are denied your existence by the world around you.”

With sometimes painfully close-up shots of Manning’s baby face, we are left with a sense of danger, a sense that Manning’s own psychological state, the hatred she experiences online, and the powerful entities exposed by her disclosures could do her harm. It’s an uncomfortable position to be in as an audience, but one that does ultimately advance Hawkins’ goal of evoking compassion and awakening our sense of her humanity above all else. But what was Manning’s goal in participating in something that exposes her even more to public scrutiny?

Hawkins theorizes, “I think we all want to be understood. It’s a very fundamental drive in us.” He adds, “One thing about Chelsea is that after what happened happened, she really embraced it. She didn’t try to hide from it, she didn’t say everything was perfect, but she owned it. And I think this is part of owning who you are, is telling your story well. And allowing someone to be with you during a process of change, as I was, is really hard.” 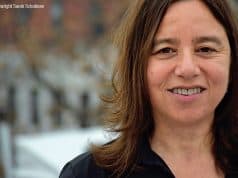 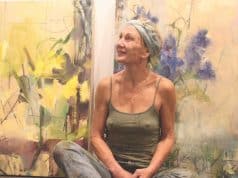 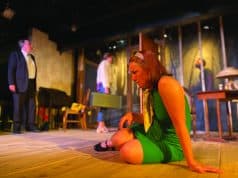