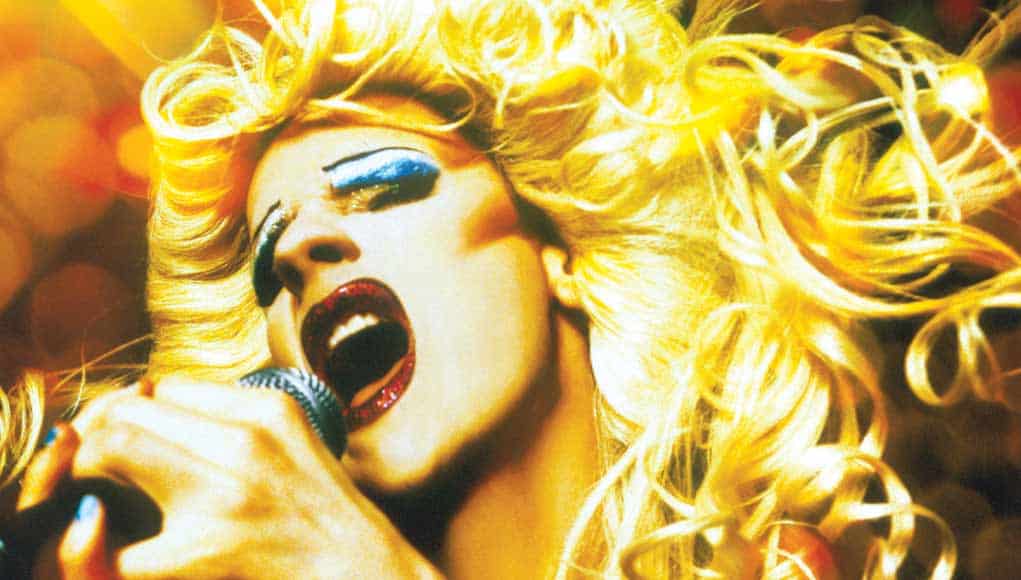 John Cameron Mitchell is driving through southern Florida and laughs at two side-by-side billboards he sees on the highway, one proclaiming Jesus is the way and the other for a personal injury lawyer. He’s traveling on tour with The Origin of Love: The Songs and Stories of Hedwig, a musical stage show featuring the work he and songwriter Stephen Trask created 20 years ago in their groundbreaking, glam rock musical Hedwig and the Angry Inch. The week prior he was in Mexico City, and now as he heads to the Arsht Center in Miami, he can’t help but chuckle at this dual message of salvation and sue the bastards. Ah, Florida.

This week, however, Mitchell spins full-circle back to Provincetown to receive the Filmmaker on the Edge award at the Provincetown International Film Festival, where in 2001 Hedwig and the Angry Inch won the award for best feature film. Since the story of the genderqueer East German rock singer hit the off-Broadway stage and then the silver screen, Mitchell has consistently been a creative force and thoughtful voice of queer culture as well as an explorer of the possible worlds in a variety of forms of media. Mitchell presents such glam and grit to his work born out of a vision of glitter rock and roll and fabulous rebellion. It’s not a gay appropriation, but rather a reclamation of a birth right, as since its inception, the soul of rock blurred the lines of gender and sexuality.

“Rock and roll was gender-bending to me, always,” says Mitchell. “I never understood those that were macho about it.”
Born in El Paso, Texas, to a major general in the U.S. Army and a school teacher originally from Glasgow, Scotland, Mitchell moved frequently as a youth, with a variety of those stops appearing in his work in one form or the other. But the spark that led to the sparkle began when he got his very first album, Elton John’s Captain Fantastic and the Brown Dirt Cowboy. Shortly thereafter he moved to Scotland to attend an all-boys boarding school, where they were not allowed to listen to music or watch any television except for Dr. Who and Top of the Pops, the British music television program similar to American Bandstand. It was then that he saw the glam rock stars of the day, from David Bowie to Marc Bolan. He managed to find a contraband 45-record of British glam rock band Sweet’s single “Fox on the Run,” which he’d listen to on headphones on a turntable at the school library. The glitter began to course through his veins. After seeing Klaus Noemi and Joey Arias back David Bowie on Saturday Night Live, the love affair really began.

It came time to move again, and young Mitchell was transported from Scotland to Junction City, Kansas, a small city of no particular import located near Fort Riley, an army base. Junction City would go on to become the setting for Hedwig and the Angry Inch and his family’s babysitter, a German divorcee and former Army wife who was also a trailer park prostitute, became the inspiration for the title character. Junction City is a bit of an oddity for rural Kansas, says Mitchell, as the military base nearby made the town more diverse and integrated than much of the surrounding area, providing a “socialism for the conservatives” as well as a “rambunctious” atmosphere with service members frequenting strip clubs and bars that served them and keeping a flow of drugs to the town.

Mitchell longed to go to Lawrence, the liberal college town home to not only the University of Kansas, but also the Beat writer William S. Burroughs. Of course, Mitchell would go much further than Lawrence, but his work took him back to Junction City, if not physically, then creatively, and not just for Hedwig. His latest work Anthem: Homunculus is being described as genre-defying as he presents musical theater, but via a podcast, with his creative partner Bryan Weller. This ten-episode, five-hour story began as a sequel to Hedwig, but morphed into a semi-autobiographical story set in the same trailer park in Junction City where a man named Ceann now lives. There he hosts a telethon to raise money for his cancer treatment, as he has a brain tumor but no health insurance, a rather true to life fictional story in this era where as a nation without universal health care many resort to Gofundme campaigns when they receive an expensive diagnosis. This visionary musical is available on the podcast app Luminary and features such stars as Patti LuPone, Cynthia Erivo, Glenn Close, and more in what Mitchell describes as what his life might have been like had he never left Junction City.

“In many ways I feel more proud of this than anything else I’ve ever done,” says Mitchell of Anthem.

While he’s only been able to visit Provincetown several times over the past 20 years, he’s loved it every time he’s been. Mitchell in particular felt the mark of Provincetown when he discovered Billy Hough, the punk pianist who along with Sue Goldberg presents Scream Along With Billy every Friday at the Grotta Bar. Hough, to him, is the patron saint of the spirit of Old Provincetown, the kind of Provincetown that is accessible to everyone and not just the rich, the Provincetown with a rebel heart. Every time he comes he can feel a deeper connection and he’s eager to present a fully restored 4K resolution screening of Hedwig and the Angry Inch at Town Hall just prior to the Criterion Collection releasing it on BluRay at the end of the month. Provincetown has the same glam rock gravitational pull to him as Bowie.

“As a New Yorker I’m told I’m suppose to go to Fire Island,” says Mitchell. “But I hate being told what to do. So I go to Provincetown.”

John Cameron Mitchell will receive the Filmmaker on the Edge award and be in conversation with John Waters on Saturday, June 15 at 5 p.m. Hedwig and the Angry Inch screens on Thursday, June 13 at 9:30 p.m. And Mitchell will also be participating in the WBUR Modern Love Live podcast on Friday, June 14 at 6:30 p.m. All events are at Provincetown Town Hall, 260 Commercial St. For tickets and more information go to the Provincetown International Film Festival box office at Fire House No. 3, 254 Commercial St., call 508.246.0475, or visit provincetownfilm.org.