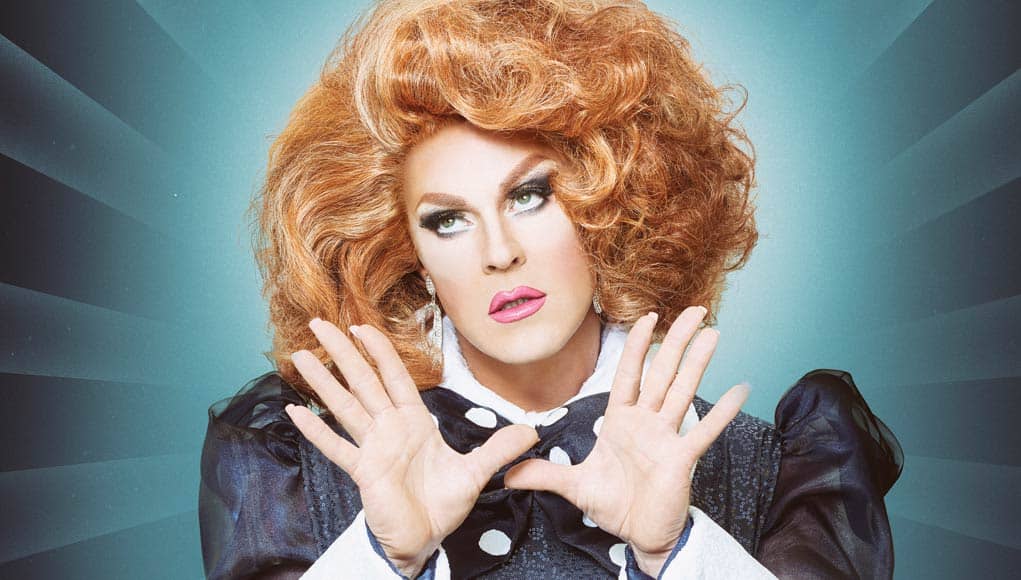 Culturally, we’re living in a time when often there is no there there. With social media, reality TV, and Internet influencers, it can feel like we’re being buried in a digital heap of incessant marketing or a complete illusion where vapid people with no discernable talents can be some of the most recognizable figures in pop culture. It’s what makes the live performance scene here in Provincetown so much more special than it already is, giving us an oasis of creativity and imagination in a world where likes, shares, and views have become a grotesquely inflated currency.

While the buzzwords of the day are brand, social impressions, and content, in reality it’s still hard work, intelligence, and talent that matter when it comes to artistic longevity. There is no better example of what maintaining relevance and creative integrity looks like in action than Varla Jean Merman’s A Star Is Bored, a hilarious show that features exactly why she was, and is, a drag superstar long before death drops and cries of “yas queen.”

An entertainment powerhouse for over 25 years, including 21 summers here in Provincetown, Varla is one of those performers that changed the game when it comes to drag performance. There has been a tectonic shift everywhere she’s performed, most of all in Provincetown, raising the bar so high it’s turned from a high jump to a pole vault in order to compete with her. But of course with the arrival of RuPaul’s Drag Race it’s a veritable Olympic Games of drag with the art form teeming with incredible queens (and a few that are just really good at getting attention). A Star Is Bored is not a come back show, as Varla didn’t go anywhere. Instead it’s a gorgeous, gentle reminder that while times and tastes may change, talent is timeless. The show is akin to not just Judy at the Palace, but Bette, too.

Above all else, the show is funny, really funny. While it’s fresh and crisp, it’s also classic Varla. But it’s also tender, as the story told in A Star Is Bored is as revelatory as it is outrageous. The show’s narrative is as autobiographical as it can get with a fictional character at the mic, but it tells a very real, fascinating story peppered with fabulous embellishments that punctuate the truth.

Publicity stunts and constant social media posting is one way to stay in the public’s view, but to stay in the public’s consciousness can only be done by connecting with your audience. That’s what Varla has always done in each and every show. That takes tenacity, courage, and grit. But what’s more, it takes generosity—of spirit and time. One could retreat to snide comments or throw up unnecessary barriers to others in the face of competition. But kindness always matters, and helping others through the door that someone else welcomed you in through is the mark of a class act, both on and off stage. Varla isn’t only a legend because of her past, but is a legend in action.