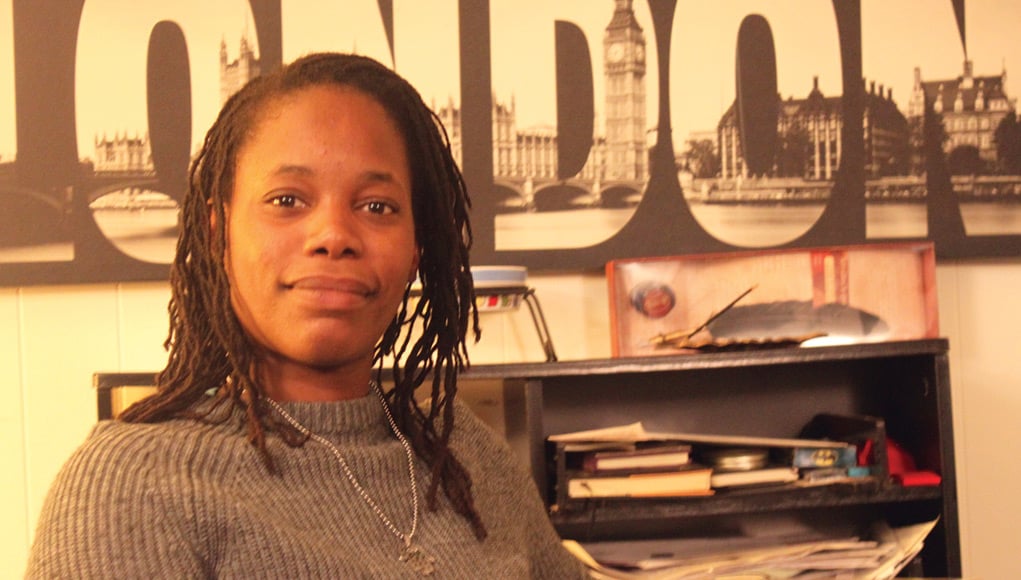 Tamora Israel has a confession to make. She’s a hugger.

It may not seem like a big confession, but in a time when ideas about personal space, boundaries, and misinterpreting signals are constantly being re-evaluated, hugging someone who is not a hugger can set off an unintended reaction.

“I have a friend, Jane, who is NOT a hugger,” says Israel with a laugh. When they first met, Israel immediately went to hug her because that’s what she does. “And that was where I kind of like started to really pay attention… I could see, physically she was uncomfortable and I was like ‘What? It’s a hug. Who doesn’t love hugs? Everybody likes hugs. ’”

Israel will be one of the featured speakers in the TEDx Provincetown event this weekend at Fishermen Hall. The theme of the popular showcase of local TED talks  is “Step Up,” something that fits perfectly with Israel’s motivations.

Israel, who is a poet and an actress, will speak about being a hugger in the #MeToo era and about the “new rules of engagement” for expressing affection. As she explains it,  her talk is about consent and boundaries. She’s excited because she’s always wanted to do one of these talks. “ I wanted to do something that was important to me and also that was relevant right now. And I feel like boundaries and consent are very relevant right now,” she says. But her approach, she says, is a little different because she’s not an expert in these issues or a professor or anything. “But I live in the world and these things affect me,” she says. “I wanted to have an idea of boundaries and consent on a basic level. I feel like we’re not all on the same page. I wanted to spark a conversation about what are the baseline acceptances for a post #metoo era. What does that look like and what is it?”

It isn’t Israel’s intention to take anything away from the empowering important stories that people have been sharing about these issues from the victim’s perspectives. In fact, she says she has been on both sides of this.

“On this part I’m a  hugger, and I guess you could say I’m the quote-unquote aggressor. On the other side of it, I talk about people touching my hair and how inappropriate and weird that is,” she says. “It happens to me all the time. It’s so weird. But I talk about that and having that invasion of space and really understanding what that means, not just as a person, but as a black woman, and how odd and inappropriate that is.”

The talk ends with a poem Israel wrote, which she says kind of encapsulates the themes of her overall talk. She’s calling the untitled piece “TED Poem” for now. What is the role of poetry in talking about these important contemporary issues?

TEDxProvincetown is organized by a team of local Cape Cod residents whose main goal is to create an annual TEDxProvincetown event that showcases our enormous regional talent and shares that talent with the world. The 2019 theme is “Step Up” and features the following speakers, in addition to Tamora Israel:

• Agnes Mittermayr, a marine ecologist, explains how we are facing biodiversity loss faster than we can name the species – and what impacts that has on our food web.

• Alisa Magnotta Galazzi, a housing advocate, examines the housing crisis, the human toll and a way through it.

• Angelina Blasich, an artist, educator, and mental health professional, explores the power of being “Purposefully Ridiculous” as a radical space of self care and community resilience.

• Marti Gould Cummings, a drag queen, asks “What makes a role model and how can a drag queen be one?” in response to their viral “Baby Shark” video and the widespread feedback and pushback it created.

• Ryan Landry a playwright, explores our fixation on convenience and “talking offense” as a threat to freedom and truth.

• Susannah Remillard, middle school teacher and researcher, explains the role of difficult history in the classroom based on her studies of the impacts of decolonization on school culture.

Tamora Israel will be giving her talk as part of a program of speakers at TedxProvincetown on Saturday, September 14, 6 – 9 p.m., at Fishermen Hall, 12 Winslow St., 6 p.m. For tickets ($25/$50/$75) and information visit tedxprovincetown.com.