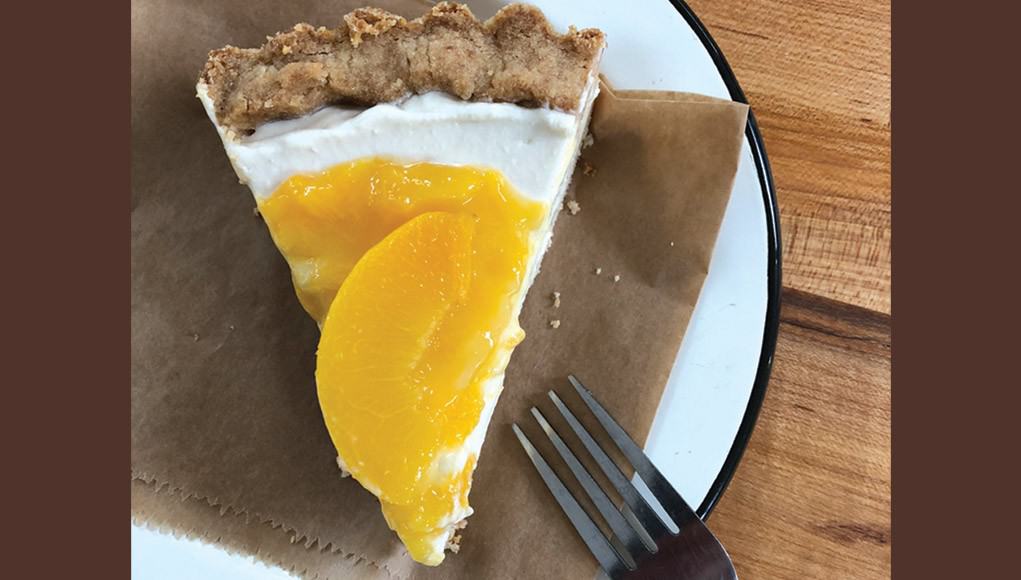 It is perhaps the most famous pie in history. On October 14, 1977 anti-gay rights crusader Anita Bryant was giving a press conference in Des Moines, Iowa, when Thom L. Higgins swooped in and splatted a cream pie right in her face. The image of her wiping her face and crying is really the most lasting image of this hateful woman who, as an unintended result of her bigoted work, inspired thousands of LGBT people to come out and stand up for themselves. That action over 40 years ago in part inspired Sissy Pies, a vegan pie company here in Provincetown. But instead of throwing the pies at our enemies, they’re showing their support for equality by giving ten percent of the profits to LGBTQIA+ nonprofits. The pies come in three flavors: Chocolate Peanut Butter, Peaches and Cream, and Matcha Key Lime and are available at the Provincetown Brewing Company and by ordering online at sissypies.com with delivery available in Provincetown and Truro. Founders Stefan Piscitelli and Samuel Bolivar assure that “just like a pie in Anita Bryant’s face, our pies are totally satisfying and make a big political statement.”