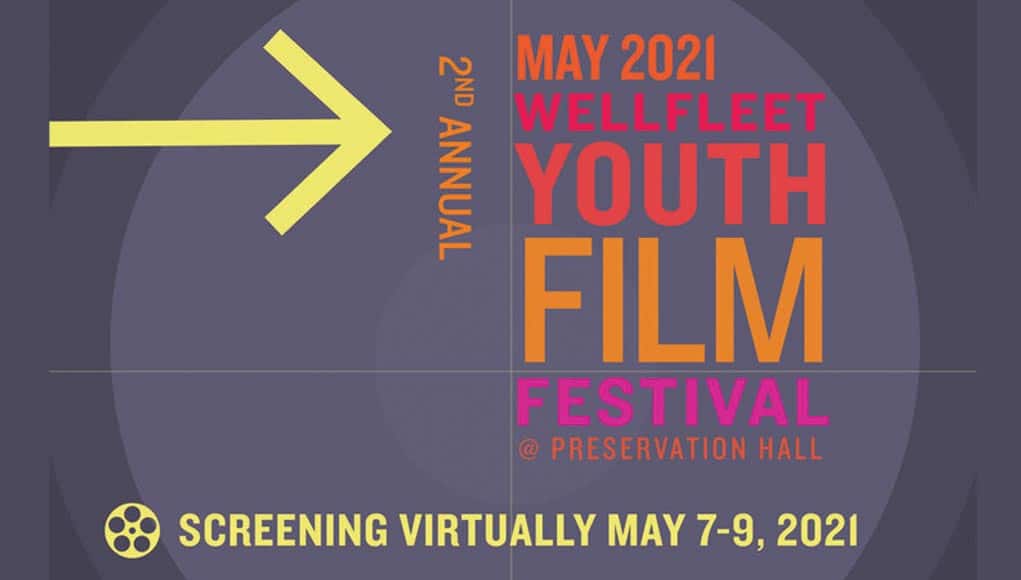 Although 2019 was only  two years ago, it seems like it was another lifetime. At Wellfleet Preservation Hall, the idea for a youth film festival took hold back then, with lofty plans for red-carpet screenings and big events celebrating the storytelling and filmmaking talents of local kids. The call for films went out in the fall of 2019, but by the time the festival had been programmed in early 2020, the scope and scale of what was possible had to be drastically reduced if it could happen at all with COVID-19 raging worldwide.

Managing Director Vanessa Downing recalls the disappointment after receiving some 30 films by filmmakers under the age of 18 that she wanted to show. “We knew pretty quickly we weren’t going to be able to do a physical festival,” she says. But when considering the possibility of simply rescheduling until the following year, Downing says it didn’t feel right to disappoint the kids who had sent in their work and been selected to screen in the first edition of the festival. A decision was made to go forward with virtual screenings that spring, and by the summer, they were able to host a physical screening outside the Hall in the backyard with three filmmakers in attendance. This year, the Wellfleet Youth Film Festival returns for its second year, once again in a virtual format, with a plan for an outdoor screening in the summer.

“The pandemic definitely affected things, not only in the content and the mood of the films, but in terms of the restrictions [to actually filming other people],” Downing says. The result is many of the films feature just the filmmaker or one or two people, something that accurately reflects the isolation we’ve all been feeling over the past year, with kids bearing the brunt of it, in many cases.

But the 15 films selected this year—including documentary, animation, music video, and narrative shorts by filmmakers ranging in age from 8 to 18 —demonstrate children’s viewpoints in a way we rarely get to see, as most books, films, and other works about childhood are not made by the children themselves. And the films are not necessarily about the pandemic at all, even if their limited casts and locations reflect that. For example, one film, Drunk on Rollerblades by Adagio Esposito, is inspired by the work of Charlie Chaplin, which the filmmaker became familiar with after watching the biopic Chaplin. A collaboration with his father, Esposito (like Chaplin) not only stars in but also wrote the piano score for this otherwise silent film. Another film, Running 101 by Nauset High School senior Finn Riley is simply a self-portrait with a narration exploring the ways in which the discipline of running has benefited him in all areas of life. And in a particularly lovely film called Little Star, Theordor Adnet-Bruce created animation to express experiences with depression and anxiety, something many kids, unfortunately, experience.

“If we gave kids an opportunity to be creative and to express their emotions or frustrations this year, then mission accomplished,” says Downing. “The rest is gravy.”

Downing also emphasizes the Hall’s commitment to continuing to build the festival year over year into something resembling the original vision she had. “We’re really in the awareness-building stage. We’re just trying to keep at it and I think it has legs,” Downing says. She adds that the festival has funding to insure it can grow over the next few years, as it does take time to build word-of-mouth recognition and enthusiasm.

In a time when every young person has access to at least the rudimentary tools of video production, with smartphones and editing apps, we are in a fortunate position to really witness their experiences as they see them. While certainly the largest audience for the Festival includes those who are under 18, their families, and teachers and others who regularly interact with youth, there is an opportunity for the general public to take an interest in and learn from youth imaginations. It’s part of being a citizen of the world to understand those around you, and we can all gain something from opening our eyes beyond our own age groups. For now, Downing says she hopes the general public will support this “in any way they want to,” whether that’s through donating to the festival or spreading the word about it, or just watching the films and bearing witness.

The Wellfleet Youth Film Festival screens virtually May 7 – 9 with an outdoor screening to be announced later in the season. Tickets are free but donations are gratefully accepted. For information and to access the festival, call 508.349.1800 or visit wellfleetpreservationhall.com.