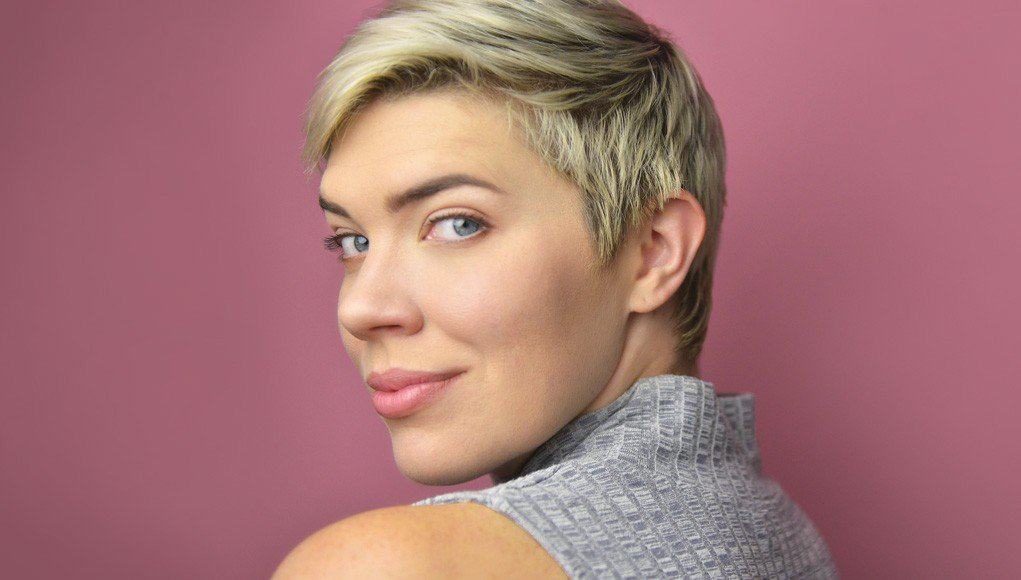 Amy Jo Jackson was sitting in her New York City apartment with her partner, who is also an actor, and the two begin to wonder what it would be like if Ethel Merman played Amanda Wingfield in The Glass Menagerie.  You know, as you would. But as it turns out Tennessee William’s plays blend quite nicely with American musical theater. That night of just riffing on outrageous ideas proved to be the start of something special.

The result of blending a classic fading Southern belle with one of the biggest Broadway belters of all time became The Brass Menagerie, an original musical, comedic romp through the work of Williams utilizing some of the most iconic music and songs of musical theater. Jackson will be performing excerpts of the work at the Provincetown Tennessee Williams Theater Festival Spring Performance Gala this Saturday night, bringing the piece to its rightful home, says Jackson. The event is a fundraiser for the annual theater festival, which is returning in full form this year, September 23 to the 26, exploring the theme of Tennessee Williams & Censorship as well as celebrating the four influential summers the young playwright spent in Provincetown in the 1940s.

Before delving into what the work of Williams means to her, Jackson wants to point out that she never played the Pink Ranger on the hit 1990s children’s superhero show Mighty Morphin Power Rangers. That was Amy Jo Johnson, a Cape Cod native who now lives in Toronto. She’s gotten used to the initial excitement and then disappointment from grown fans of the show. But for those who do know the work of Jackson, well she might as well have superpowers. It’s her musical prowess and knack for comedy that landed her a Denovan Fellowship in Cabaret in 2019 for her to work on The Brass Menagerie, which led to a run at The Duplex, the storied entertainment complex in New York City’s West Village, first in the summer of 2019 and then again by popular demand in January 2020. And then of course the pandemic clipped the show’s wings… until now.

In The Brass Menagerie Jackson portrays nine characters written by Williams, with each one performing songs from Broadway musicals, some adapted and others kept just as is. So in this campy cabaret show, Maggie the Cat from Cat on a Hot Tin Roof performs a piece from the Andrew Lloyd Webber musical Cats and Alexandra Del Lago from Sweet Bird of Youth sings a show stopper from Sunset Boulevard. By the time Jackson’s done she’s steamed through snippets of A Streetcar Named Desire, Summer and Smoke, The Rose Tattoo, and more. And as for its satirical namesake, The Brass Menagerie features Laura singing “Let Me Entertain You” and “Little Lamb” as she serenades her glass menagerie of animals.

“It’s amazing how well Gypsy and The Glass Menagerie go together,” says Jackson. “Williams wrote this strident and domineering mother figure. It matches with Mama Rose quite perfectly. The show is really Easter eggy for people who love Gypsy. It’s one of those things if you get it, you get it. If you don’t, well, the joke wasn’t for you then.”

Born in Fort Worth, Texas, and raised in Littleton, Colorado, Jackson received her degree in musical theater from the Boston Conservatory, where she met Adam Berry, one of the co-founders of Provincetown’s Peregrine Theatre Ensemble, at the new student orientation. She’s worked with Peregrine as a dialect coach for their 2019 production of Cabaret and she made her own Outer Cape debut several years earlier when she appeared as Titania in A Midsummer Night’s Dream at the Wellfleet Harbor Actor’s Theater.  It was when Time Out New York theater and cabaret critic Adam Feldman came to see the show and wrote about it on his personal Facebook page that it caught the eye of Festival curator and co-founder David Kaplan who in turn invited Jackson to perform at the Gala.

Jackson’s never been cast in a Williams’ play, though his work has been integral in her training as an actor. She had a professor who called Williams’ text “one of the heavyweights” that actors can use to do “chin-ups” when preparing for an audition. His writing is so precise and can turn on a dime, says Jackson, that when you find it you can “ride it rather than let it steamroll you.” That’s the thrilling part, she adds. She notes that at 37 and six feet even, she’s at an awkward age and height for many roles at the moment, but she’s optimistic. And in the meantime The Brass Menagerie is one of those personal projects that now seems to increasingly have a life of its own, taking Jackson along for the ride, one that she hopes includes a return to Provincetown.

“I can see it having limited runs at regional theaters, ones that are predisposed to the work of Williams,” says Jackson. “But I do hope it can find a place in the Festival someday as I think Provincetown is its natural home. A Provincetown audience will get all the references; they’ll get the jokes. It’s perfect for Provincetown.”

The Provincetown Tennessee Williams Theater Festival Spring Performance Gala is on Saturday, June 5 at 4 p.m. at the Bas Relief Park (behind Town Hall) 106 Bradford St. Tickets begin at $200/$300. To purchase tickets or for more information call 866.789.TENN or visit twptown.org.