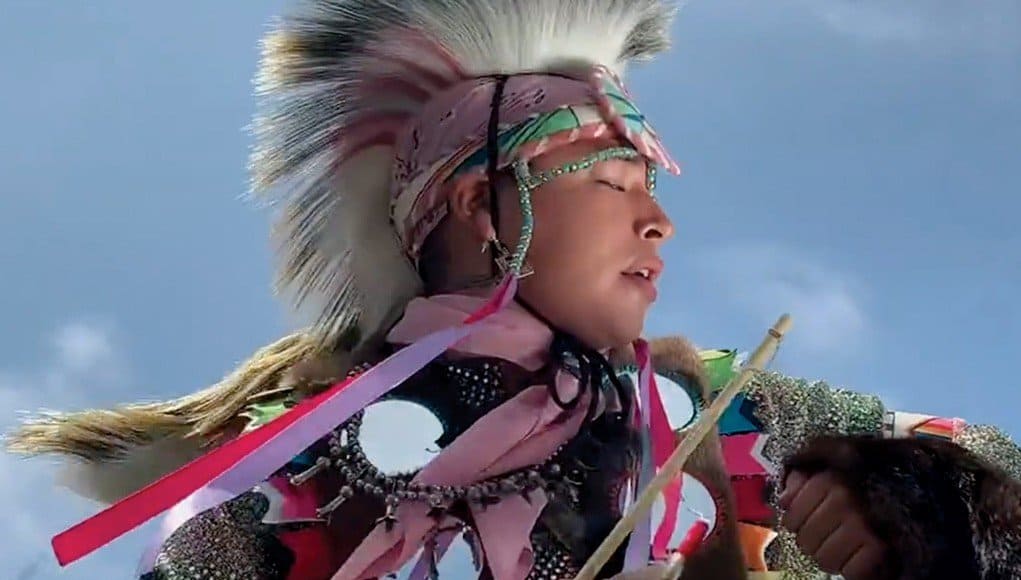 Every year the Provincetown International Film Festival (PIFF) brings us a rich sampling of films of every type: animation, live-action, feature, short, documentary, fiction, and avant-garde. And as its name suggests, these films come to us from around the globe. But since its earliest days, PIFF has always made room for local offerings—films by local filmmakers or about local people and issues or that take place on Cape Cod. And truth be told, those offerings have sometimes been rough around the edges, but each year these films get better and better. And as the Festival returns this year, these films are perhaps the best crop of local works we’ve seen, ranging from short documentaries to two full-length features that are extraordinarily entertaining, well-made films.

Give or Take by Paul Riccio looks at the relationship between Martin (Jamie Effros) and his recently deceased estranged father’s partner Ted (Norbert Leo Butz) as they try to navigate their grief together and separately. Martin grew up on the Cape and is returning from New York City to take care of the arrangements, deal with the house that’s been left to him, and ultimately close out a chapter in his life. While here he reconnects with friends from his youth and interacts with a cast of characters uniquely drawn from Riccio’s experiences as a part-time summer resident over the past 20 years. Co-written with Effros, the script is excellent and performances by Butz and Effros  are seamless. There are also a number of local actors who make appearances in the film, such as Dennis Cunningham, who plays a local drunk at Land Ho! in Orleans, with just the right alcoholic glaze and subtle humor. The film, which was shot almost entirely in Orleans, Chatham, and Wellfleet, screens the night before opening night in a festival preview at the Wellfleet Drive-in on June 15.

While the filmmaking team behind Give or Take has a strong connection to the Cape, Red River Road is about as Cape Cod as you can get, considering it was conceived, written, and directed by local filmmaker Paul Schuyler, who also stars in it with his family, playing his family, living together in a summer home on the Cape during a pandemic, shot during THE pandemic. Talk about meta. The film is tightly edited, suspenseful, and thoroughly engaging. And while it’s particularly timely because of what we’ve all been through since COVID-19 took over our lives, it’s a film that is compelling beyond this particular moment. The “virus” in the film is something that infects you through the Internet, and the sickness it gives you makes it impossible for you to distinguish between what’s real and what is memory or imagination. Clearly the concept invites deeper interpretation, beyond just helping us process our own pandemic experiences. But given its creation during a pandemic about a pandemic, there are certain psychological connections that are very specific to this moment in time. Beyond the concept itself and the skillful filmmaking, Red River Road also features strong performances from Schuyler and his wife, a professional actress, Jade Schuyler, as well as very natural dialogue and acting from his two sons, Shaw and Wyatt.

These two local features are not to be missed. But many of the films with local ties this year are short films, and the festival has packaged them with other New England films in the New England Shorts 1 & 2 programs. They range from documentary to fiction and tell diverse stories of life in the unique environment of the Cape.

The Cape Cod of the collective imagination is one with white picket fences, white middle-class families in khakis and sunhats eating clam or lobster rolls on the beach and enjoying their summer homes away from big-city jobs or as retirees spending half the year here and half in Florida. But as we know, that’s a particular slice of the Cape that doesn’t match the experiences of those who live here year-round for the most part. To be sure the demographics on the Cape are predominantly older, white, middle-class Americans, however, there is a sizable population outside that base. Michael Cestaro shows us four women of color who grew up on Cape Cod in his film White Space, examining the unique experiences of these women living here as exceptions to the dominant population. Performers Mozelle Andrulot and Tianna Esperanza, artist Alejandra Cuadra, and lawyer Muska Yousuf each offer perspectives not often considered, opening the door to new conceptions of where we live.

Fermin Rojas gives us a documentary about our past here on the Cape with King Philip’s Belt: A Story of Wampum. If you think wampum is a Native American form of money, you are not correct, according to the Wampanoag women in this film who share not only the meaning of these important elements of Wampanoag culture made from clamshells, but also the significance of a particular belt that was stolen from Chief Metacom (a.k.a. King Philip) in 1676 and has never been found. In addition to the focus on wampum and the belt, this film also raises issues around cultural theft as it reveals the holdings of a British museum that include sacred Native American artifacts.

A pair of local shorts are specific to Provincetown: the meditation on love, lust, and attraction Let’s Meet Again at the End of the World by Todd Flaherty, and artist Jay Critchley’s wordless pandemic piece Provincetown 2020 – 36 Solar Lights. In Critchley’s piece, we see the artist wearing his mask, traversing the town at night carrying a collection of lights, which he did regularly during the pandemic. The 8-minute film invites us to think about what we’ve all just been through, whatever that means to us, as the artist literally and figuratively is the light in the darkness.

In Flaherty’s film, a man rents a cottage in Provincetown for a summer vacation and runs into an ex-boyfriend with whom he had a tumultuous relationship. The pair reconnect, rekindle, and reconsider their attraction. The film is a beautiful contemplation of those on-again/off-again relationships many of us have found ourselves in and examines the possibilities for acceptance and openness, yielding control to these connections that often defy comprehension but offer unique windows into our own psyches.

Finally, though not set or shot on the Cape, there is Pap’s Manifesto co-directed by Casey Clark of Provincetown and Chris Danuser of Milledgeville, Georgia (where the film is set). This powerful piece follows the distraught father of a soldier killed in Afghanistan as he attempts to soothe his rage through an anti-Muslim terrorist act while also taking on the sole responsibility for his granddaughter.

The quality and range of the films in this year’s festival are impressive. While the international offerings and big-name films are exciting to see in town, seeing our region represented on screen in such varied and nuanced ways is a special treat. Tickets are already on sale, so snag yourself a few and look at the Cape through the many lenses of this year’s filmmakers.

The Provincetown International Film Festival happens June 15 – 25 with a hybrid program of virtual and live screenings in Provincetown and at the Wellfleet Drive-In located on Route 6 at the Eastham/Wellfleet town line. For complete schedule, information, and tickets, visit provincetownfilm.org/festival.