DJ Maryalice Keeps the Good Times Going at the Boatslip

It would be hard to overstate the importance of the Boatslip, in particular the afternoon tea dance, to Provincetown’s culture and economy. While open to all, it is a living presentation of the town’s LGBTQ+ history and current ethos. UNESCO, the United Nations Educational, Scientific, and Cultural Organization, calls such things “intangible cultural heritage,” identifying expression and practices of people that undeniably represent the continuing customs of a place or group. Tea dances are a tradition that became positively queer come the 1960s when what had once been the realm of high society or senior citizens shifted to gay and lesbian neighborhoods and hotspots like Fire Island, Key West, and of course here in Provincetown. In those days in many jurisdictions it was illegal for people of the same sex to dance together and to serve alcohol to homosexuals. Organizing an afternoon party and calling it a tea dance was a way to throw the police off and to form an LGBTQ+ community.

As time passed tea dances fell out of fashion, but not everywhere. In particular here in Provincetown, where the Boatslip has been the place to be each summer afternoon, this important, and fun, LGBTQ+ ritual continued, becoming an indisputable town institution by the early 1970s. Tea dance was not only popular within town, but it further put Provincetown on the map for the LGBTQ+ community as word of the bacchanalia by the bay spread nationwide. Despite changing tastes and times, tea dance still reigns supreme, and an enormous reason why is Maryalice Kalaghan, a.k.a. DJ Maryalice, who, since 1994, has been the resident DJ as well as “vibe manager” of the storied venue.

Tea dance emanates the energy accumulated over the years. Yes, it’s a blast, but there is a gravitas to it, a connection to history that makes it feel like a homecoming over and over again to so many people.

“I want it to be welcoming, to be accessible,” says Kalaghan. “I don’t want it to be over-the-top, unless it needs to be, like for Carnival. It’s consistent. I try to make it consistent. There’s a consistency here that we’ve kept whether we’ve had new owners or management. That’s important. Of course things have changed, but the vibe stays the same. We manage to balance changes with tradition. Whether you’re 81 or 21 you’ll feel welcome here. And every time you come back you get that feeling, that vibe of this place.”

With a sense of fun and a laid back demeanor DJ Maryalice demurs when credited for the thousands she’s entertained over the years with her keen sense for what a crowd wants and just when and how to keep a dance-floor hopping. It’s the people that bring that energy with them, says Kalaghan. But from the perch of her DJ booth Kalaghan can see, and read, the vibe and respond accordingly, musically. Innovative and fresh with an eye for the classics, the music at tea dance dives deep, reaching back to the heyday of disco and bringing it into today. Thus the vibe. And that’s important to Kalaghan herself in relation to her own Provincetown adventure.

Kalaghan first came to Provincetown in 1975 when she was 18. That was the drinking age then in Massachusetts, and she and a friend, both claiming to be heterosexual, came to town for a weekend. “I wasn’t gay on my first visit,” laughs Kalaghan. “But I was gay on my second trip.” The two friends were eating dinner at the old Howard Johnson’s in the East End when the waitress said they should check out the Pied Piper, a fun bar “for lesbians.” Kalaghan chuckles when she remembers how they protested they were straight and the look on the waitress’ face. Nevertheless, they made a beeline to the Pied and decided that to blend in they should hold hands. She was so nervous that she spilled the Tom Collins she was drinking as her hands shook uncontrollably. Within weeks she and her pal came out and were girlfriends.

Soon Kalaghan fell under the spell of Provincetown, moving here permanently in 1980, which was still the heyday of disco, which she loved in everyway. One night while hanging out at the Governor Bradford the DJ for the evening didn’t show up. Kalaghan thought, “How hard could it be?” and offered to fill in. Upon getting in the booth she didn’t even know how to turn the system on, but by the end of the night she had the packed venue hopping and it became a regular gig. She spun all over town, landing at the Boatslip 27 years ago becoming an integral part of Provincetown’s community and culture.

She’s seen a lot over the years, and recalls the good times and the bad. It’s where the town assembled after walking down Commercial Street the day after the Pulse nightclub massacre and held hands as she played Judy Garland singing “Somewhere Over the Rainbow.” During the height of the HIV/AIDS pandemic, the Boatslip hosted memorial services and she was often asked to play Donna Summer’s disco hit “Last Dance” for the often gone-far-too-young person who not long prior had danced the afternoon away. Now the song has become a beloved marker of the end of Labor Day Weekend and the last tea dance each Halloween weekend. The Boatslip has a soul to it. It also has a touch of salaciousness, and that’s not just because of the “lower lounge”—what the staff calls the Dick Dock—but also because of the shenanigans seen over a season, never mind 27 of them.

“Most of it I can’t tell you,” says Kalaghan. “That’s the God’s honest truth. First of all you couldn’t print what I could tell you. Nothing shocks me anymore. And then when something does I’m gobsmacked that there’s something I’ve never seen before to shock me. Around here we often say, ‘You can’t make this shit up.’”

Tea Dance is daily at the Boatslip, 161 Commercial St. from 4 to 7 p.m. through September 13 and then weekends through Halloween. For more information call 508.487.1669 or visit theboatslip.com. 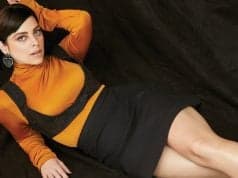