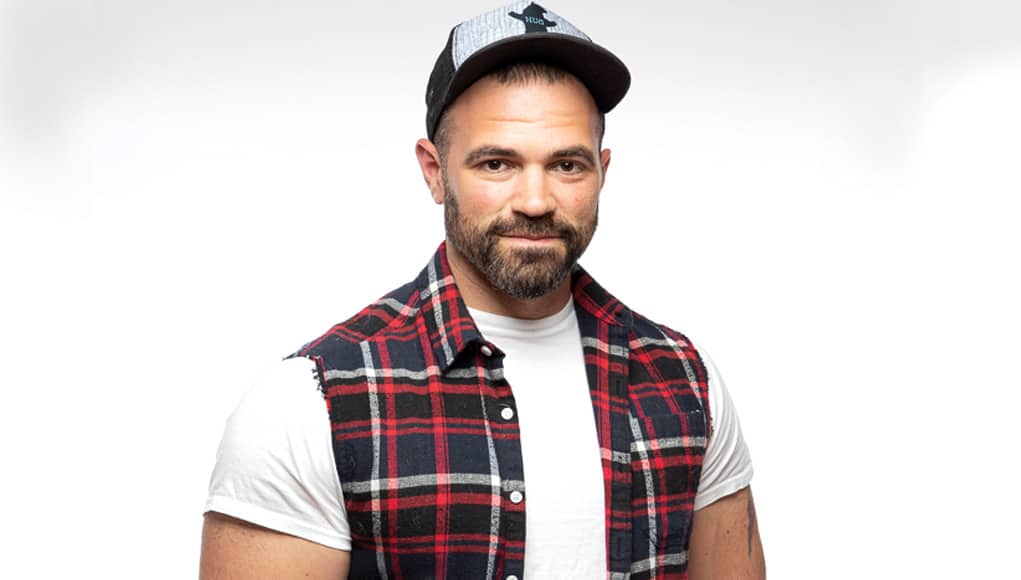 Walking down Commercial Street on a summer night the nightclubs and cabarets provide a soundtrack each evening as music spills out into the air. While theater, drag, and comedy are beloved staples of the storied Provincetown entertainment scene, so too is live music. It’s been part of the performance culture of the town since tourism became an important industry here in the 1880s. But coming out of the pandemic and seeing, and hearing, the town spring back to life, one can’t ignore the musical renaissance in Provincetown as musicians both seasoned and new in town, as well as the venues that host them, are igniting a fresh dynamism and collaborative spirit.

A big part of this musical movement, and moment, is Mike Flanagan. A saxophonist, pianist, songwriter, musical director, and educator (in that order), Flanagan has been here for the past 11 summers, but it’s this year that he is stepping to the edge of the stage after a decade working largely as an accompanist. Now it’s time for him to take to the spotlight with brand new works making their debut this week at the Post Office Cabaret.

Flanagan flashes a big smile and his shoulders drop in a contented sigh as he talks about working with his longtime friend and collaborator vocalist Sheree Marcelle on their new cover show Whitney! The Music of Whitney Houston, opening this Sunday. For years Flanagan worked other people’s shows adding his saxophone and piano. But Whitney! is his vision, both because of an affinity for the late music legend’s incredible body of work, and because, as he sees it, the story of Whitney Houston is in part a queer one, as recent documentaries and books give a fuller and more honest picture of all facets of her life. The freedom to be one’s authentic self is at the core of being an artist and presenting fully realized work. That’s a large part of why Flanagan revels in the opportunities here in Provincetown. The Brockton, Mass., native first made a move to New York City for graduate school, but also to be an openly gay musician without any hassle. And then he came Provincetown.

“I was always the only gay guy in the band, always,” says Flanagan. “I was playing in a lot of jazz bands and clubs. People thought I was straight so they spoke freely about what they really felt about gay people. I needed to make a change so I could create music and be myself, fully myself.”

Watching people completely bloom here is part of the thrill of Provincetown and its creative community. It’s hard work and can be exhausting, but creating in a town that encourages risk and imagination is at the heart and soul of Provincetown. It’s why in addition to playing at the Post Office Cabaret, he’s also the booking agent for the venue as well as at its sibling performance space, Tin Pan Alley, both being owned by Paul Melanson and Jack Kelly. Coming out of the unprecedented challenges of the pandemic and the nagging problems of a labor shortage and an affordable housing crisis, venues around town are increasingly cooperating rather than competing over the relatively short tourist season. This community spirit allows Flanagan to also play Lea DeLaria’s jazz hotspot The Club three nights a week. Flanagan smiles and sighs again when rattling off his seven-days-a-week work schedule this summer. Tough? Yes. A dream come true to create new musical works in Provincetown? Absolutely. He feels much more energized than anything else. Flanagan’s deep affection for Provincetown includes teaching music at the Provincetown Schools and the Truro Central School. While he has been accepted to a doctoral program at the University of Miami he deferred to work in Provincetown, and even when he may go to Florida to pursue his degree, he’ll maintain a presence here for many summers to come.

In addition to Whitney! Flanagan, who works and creates under the name MikeMRF, also is presenting 90s Night at he Post Office Cabaret with Lisa Bello, a longtime friend and former New York City roommate. In this throwback jukebox show Flanagan and Bello musically travel the decade with songs by Lauryn Hill, Aaliyah, the Spice Girls, Mary J. Blige, 4 Non Blondes, and more. Both through booking acts and directing shows Flanagan is able to pull musical artists into Provincetown’s creative orbit for the first time, adding additional vigor and crisp ideas to the scene. But this show with Bello is particularly special to him, as the duo knows how to hit that magic spot for both the artists and the audience.

“We really navigate the world as individual artists, together, if that makes sense,” says Flanagan. “We work together so well. Every milestone as artists we’ve reached we’ve done through collaborating. We know each other musically so well we perform fearlessly together. We can be spontaneous, knowing that the other will know exactly what to do. It is completely exciting.”

Mike Flanagan performs at the Post Office Cabaret, 303 Commercial St., Sundays at 7 p.m. through August 29 in Whitney! The Music of Whitney Houston and every other Thursday at 10 p.m. starting July 15 through August 26 in 90’s Night. Tickets ($25) to each show are available at the box office and online at postofficecafe.net. For more information call 508.487.0008. Flanagan also plays at Tin Pan Alley, 269 Commercial St. frequently. Check Happenings in Provincetown Magazine each week for specific dates. Flanagan performs at The Club, 193A Commercial St. each Friday and Saturday as part of Revolutionary Funk and on Mondays with a rotating roster of guest vocalists and musicians all at 9 p.m. There is no cover. For more information visit theclubptown.com or call 508.487.1527.