MET Opera Has Returned to WHAT

The 2021-22 season of live broadcasts at Wellfleet Harbor Actors Theater (WHAT) began in October and features ten operas, with four Met premieres and two new productions. Tickets are now on sale. Due to reduced capacity, advance online ticket purchases are strongly encouraged. The season kicked off with two operas in October: Boris Godunov and Fire Shut Up in My Bones. What follows is the remainder of the season.

January 1, 2022, 12:55 p.m. – Cinderella (Massenet) In this New Year’s Day performance, Laurent Pelly’s storybook staging of Massenet’s Cendrillon, a hit of the 2017–18 season, is presented with an all-new English translation in an abridged adaptation. 1:47 (107 minutes)

June 4, 2022, 12:55 p.m. – Hamlet (Brett Dean) New Production/Met Premiere: When Australian composer Brett Dean’s Hamlet had its world premiere at the Glyndebourne Festival in 2017, The Guardian declared, “New opera doesn’t often get to sound this good … Shakespeare offers a gauntlet to composers that shouldn’t always be picked up, but Dean’s Hamlet rises to the challenge.” 3:34 (214 minutes)

WHAT looks forward to inviting the community back inside the theater, with upgrades to the ventilation system to increase fresh air turnover. To protect the health and safety of the audience and staff, masks and proof of vaccination are required. Seating is reserved and adheres to current guidance from the Commonwealth of Massachusetts to protect the health of staff, artists, patrons, and community. To learn more about current policies and what to expect when attending a performance please visit what.org/public-health-and-covid-19. Tickets: $30 / $27 seniors / $15 students.

A new virtual film series curated and hosted by Marc Strauss and presented over Zoom  latest virtual film and discussion series brings four classic comedies into your living room each Friday this November.  Dr. Strauss will introduce each film and lead a discussion following each screening. The remaining films are:

Friday, November 19, 7 p.m.: The Thin Man (May 1934)–More than slightly tipsy Nick and Nora and Asta Charles, in the first and best of the six Thin Man series films, investigate the disappearance of an inventor in this classic Dashiell Hammett-scripted comedy mystery.

Friday, November 26, 7 p.m.: It’s a Gift (November 1934)–W. C. Fields is a grocery store owner who goes West with his family. Charles Sellon as a blind man, T. Roy Barnes as a salesman looking for a certain Carl LaFong. Access is $10 per film, or enjoy the entire series for $30. For tickets and information visit what.org. 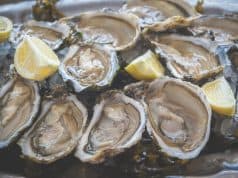 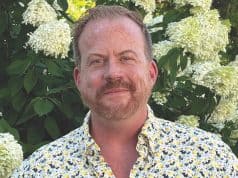 Q&A with Dan Gates, President and CEO of ASGCC