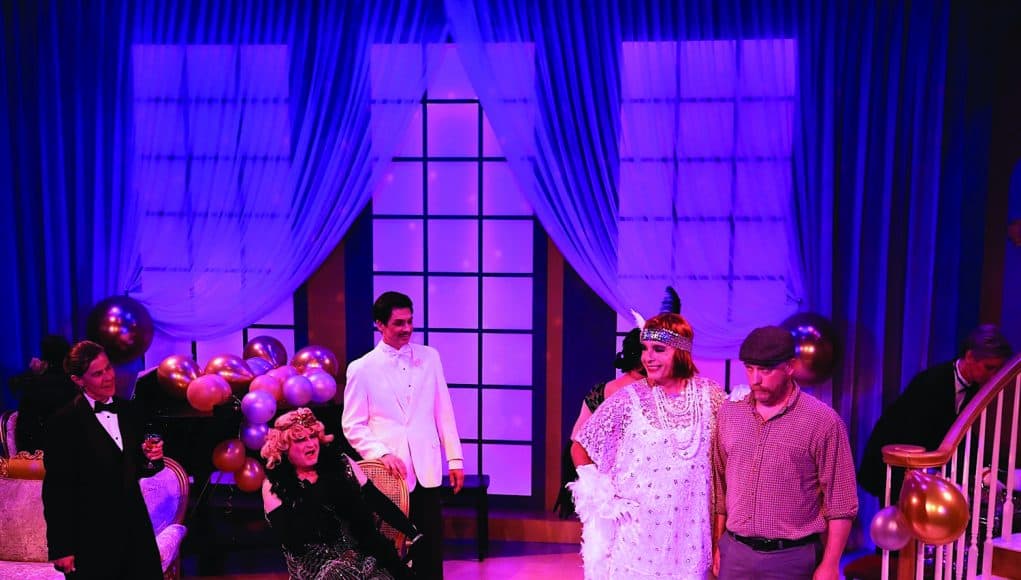 Any preconceptions of the 1920s as some sort of uptight, ancient time are upended when you look at American films, listen to jazz, or read the plays of Mae West from this period. Certainly, it was a time where many things and many people were in the closet about their own personal truths, as evidenced by the trouble West got into when her plays were performed, ultimately shut down by the vice squad, (she even did jail time for her play Sex in 1926). But while she didn’t come into the spotlight for many until she began her film career at the age of 39 in the film Night After Night (1932), as a playwright and stage actress, West was part of a 1920s that was driven by curiosity and provocation around social norms of the time, including women’s rights, sexuality, gender fluidity, societal hypocrisy, and class conflict.

The Provincetown Theater celebrates the proto-feminist West with a production of her 1927 play about “homosexuality,” The Drag, which runs through June 5. The play itself is both of its time and far ahead of its time, resonating now in ways it really shouldn’t. But then again, many political issues we thought were put to rest have suddenly come up for debate anew, as we apparently still have one foot in the 1920s — or actually, the more repressive 1930s. It opens on a scene with Dr. Richmond (Bill Salem) and his sister (Judith Partelow) discussing medical science and the taboo subjects it raises for doctors, the things that are not discussed in polite society. We quickly understand that the taboos the siblings are discussing are sexual in nature and it is ultimately revealed through the arrival of a suicidal patient that homosexuality in particular will be the concern of this play.

Though this patient from that early scene comes into the story as a tragic component, the play is largely about Clair (Racine Ostoby), a young woman married to her childhood sweetheart, Rolly (Thom Markee), but confused by her own sexual frustration as his attentions are drawn by another man—a straight man, who as it turns out, Clair is also in love with. It’s classic late ‘20s, early ‘30s love triangle material, but paired with a fabulous group of gay characters who have illicit drag parties, including one at Rolly’s house while Clair is out. The double entendres, the 1920s set design, and stunning costumes of the era all evoke a time period that has yet to be fully appreciated for all its contradictions and landmark provocations in all of the arts coming out of that time period.

To single out any one actor in this production would be misleading because this truly is an ensemble piece. David Drake’s direction is spot on, with the timing perfect. This is no stodgy history lesson; The Drag is no drag. Performed, as it might have been in West’s day, the comic melodrama remains funny, entertaining, fresh, and fast-paced 95 years after it was written.

The Drag is onstage at the Provincetown Theater, 238 Bradford St., Thursdays – Saturdays, 7 p.m. and Sundays, 2 p.m. through June 5. For tickets and information call 508.487.7487 or visit provincetowntheater.org.