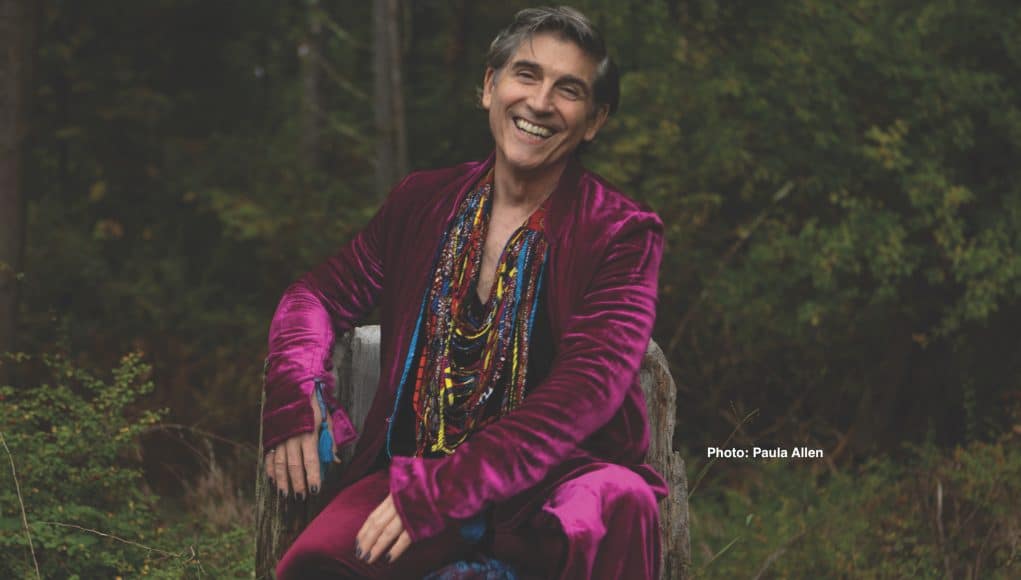 Celeste Lecesne wants you to tell them a story; a personal one, an intimate retelling of some piece of your being. To the 67-year-old New Jersey native, this act is absolutely everything.

But it’s no surprise that the seasoned screenwriter, playwright, author, and actor values a good story – they’ve seen its power firsthand. What began as a small part of one of their theatrical shows in the early-to-mid-nineties, became the Academy-Award-winning short film Trevor in 1994, and prompted the foundation of the Trevor Project, a suicide prevention service aimed at helping LGBTQ youth, two years later. Now in its 24th year, the nonprofit boasts over 200,000 crisis contacts served in 2021 and over 16,000 total volunteers.

“When that film came out, nobody was talking about queer youth” Lecesne says, “There wasn’t this idea that young people knew who they were.” Over two decades later, although rights for LGBTQ youth are still far from adequate, the conversation has changed entirely. Queerness is a topic of regular discussion for young people, and recognition of the challenges faced by queer youth is growing rapidly. “I got to see really up close and personal, the power of a story–of a single story,” Lecesne goes on. “And I saw what it did to me. But more importantly, I saw what it did to the world and how it shifted the culture in terms of understanding the value of queer people in our society… It’s almost beyond comprehension.”

Since Trevor, Lecesne has pondered the significance of storytelling. “Why is it that the personal stories that we tell–that are so specific– can be so universal?” It’s a question that has remained the central focus of the entertainer’s work on and off stage. And now, in their new show, POOF! Lecesne brings a new story to life, this time focused on the magical world of fairies.

“It’s no accident that queers are called fairies,” explains Lecesne. “There’s a lot of parallels to queerness… because people don’t believe they exist [and] they have been very canny in their ability to keep morphing according to the society [around them], and to be able to survive in the shadows.” For Lecesne, “fairy” is no longer an insult. They seek to reclaim the pejorative, using it to highlight some of the most wonderful qualities that the queer community shares with these mystical creatures. “They’re incredibly inventive and delightful,” they say, “They just make everything more fabulous.”

The new show came to life as the result of a commission from the Ancram Opera House in Ancram, New York, which asked Lecesne to put together an outdoor production. The playwright realized this would be the perfect setting for a show about fairies, and in 2021, under a 200-year-old oak tree, Lecesne performed POOF! for the first time. And now the show is coming to Twenty Summers’ concert series at Truro Vineyards here on the Outer Cape.

When asked for a message to the queer youth of today, Lecesne simply responds, “I think more importantly… young people have a message for us.” It’s a refreshingly forward-thinking perspective from a veteran of LGBTQ activism, but it’s no surprise given Lecesne’s long-time commitment to amplifying the voices of queer youth. In addition to the Trevor Project, they also launched the Future Perfect Project in 2017, an organization that holds art workshops catered to LGBTQ youth, and produces media content created by such young people.

The project’s website contains a remarkable array of animations, music, and other media made by participants in these workshops. It’s a truly inspiring display of not just creativity, but also courage, passion, and authenticity. This sense of realness that Lecesne taps into is what distinguishes them from other figures in the industry.

This act of not just telling one’s own story – but also listening to and facilitating others is a key piece of what Lecesne does. And perhaps it’s what makes their commentary so potent. Without paying mind to those stories that are hidden from our view, we are keen to miss some of the most important ones there are.

“Often stories are guided by current trends and tastes,” says Lecesne, “Money dictates how they’re told and when they’re told and who gets to tell them. [But] the idea that stories can come up from the ground–those are stories I think we can trust… the closer to the heart, the soul, the ground they are, the more we get connected to the earth. We get connected to what is sustainable.”

And perhaps this is the key to Lecesne’s turn to the world of the fae folk. “I think, since the world is in the state that it’s in… there might be something that fairies could teach people” they say, referencing some kind of mystical, shared knowledge of nature and magic. And if the fairies are also a metaphor for the queer community, then really Lecesne is looking for that intuitive wisdom that we all bear–the knowledge of what it means to be human; the answer to our human problems.

In a world rapidly evolving, producing more and more questions and conflicts by the day–some kind of common ground seems like the perfect antidote. Maybe, when everyone can tell their story, these testimonies will come together in one great literary synthesis of the human condition and shed light on a truth that, on our own, we are far too ignorant to discover.