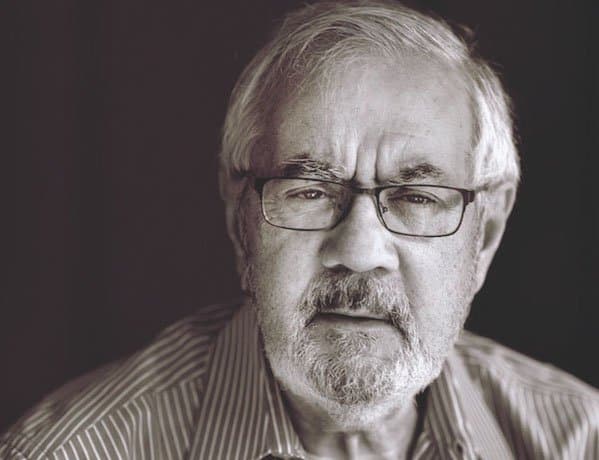 Congressman Barney Frank, the subject of cartoonist Eric Orner’s new graphic biography, Smahtguy: The Life and Times of Barney Frank, certainly did that work through some dramatic times: Frank, who served in the House of Representatives from 1981 until his retirement in 2013, governed during the sex scandal and subsequent impeachment of President Bill Clinton, and during the banking crisis that bridged the Bush and Obama administrations. He was pivotal in navigating the nation through both. But Orner would have created Smahtguy, published by Metropolitan Books, regardless of the contextual intrigue.

“The spark of the idea came from him mentioning to me that some of the books written about him were so policy-driven that there didn’t really seem like there was a person of flesh and blood, who lived this life, and he wished there was,” says Orner. “I thought about that. ‘Yeah I could draw this.’”

“I think sometimes the reason that some public figures become so significant culturally might be because of their tragedies or their failures or their scandals,” says Orner. “Certainly, I think the work that Barney did was pioneering, but I think the fact that there was a pretty definitive personal struggle and a pretty ugly public scandal in the middle of that struggle makes it more compelling.” Frank, the first (voluntarily) open gay member of congress, had a sex scandal of his own, a little over a decade before Monica Lewinsky became a household name. The impact was negligible, if that: The year after the scandal, Frank retained his seat with 66% of the vote; subsequent elections saw even more lopsided margins.

Eric Orner is best known as the creator of the comic strip The Mostly Unfabulous Social Life of Ethan Green, a clever, slice-of-gay-life syndicated strip that deals with dating, LGBTQ issues, and occasionally aliens. But he also served Congressman Frank as an aide and intern. “It’s interesting that as a cartoonist he had such a kind of zany sense of humor because in person he’s much more sober and somber and if you had just met him you would not fix him as the guy who wrote that very inventive and very funny comic strip,” says Frank. “He’s very bright and very serious and very thoughtful. So it’s an interesting side of him that I guess all of his unconventionality comes out in the comic strips.”

While comics and graphic novels that tackle political issues (the heavily-heralded Persepolis, Maus, and many of Joe Sacco’s works, for example) tend to contrast the expectations of their medium with often dour seriousness, Orner keeps the story of the quick-witted Washington veteran lighthearted. That’s natural, says the creator of Ethan Green. “I think that your voice is your voice,” says Orner. “Part of the reason for the title was I wanted to telegraph from the very first word that this subject matter is maybe a little more weighty but the voice that I hope I’ve honed over a long time—sort of funny, sort of subversive, sort of wise-assy—is the same.”

The congressman was cooperative but hands off. “We talked about it at the beginning and he liked the idea. I interviewed him a lot. He was helpful, but not in the production of it; and no veto over it: This is the book I wanted to write.”

The congressman is supportive, to a point. “I am very flattered. You never are totally satisfied, frankly, with anything somebody else writes.” There is plenty to compare it with, as Frank has been the subject of a number of books, one high-profile film, and his own autobiography. “Mine is more comprehensive,” he argues. “Orner highlights some things. I guess he gets the points across by picking illustrative times. But there’s more similarity than difference [between the two projects]. I’m glad he did it.”

What he did was capture not only the wisdom and wit of the popular politician, but also the work ethic. Even during down time, the congressman is depicted angling, brainstorming, ideating, strategizing, devoted to governance, especially during the subprime mortgage crisis (it’s surprising how effectively something like the banking crisis can be explained in a graphic novel).

“Any graphic book is certainly an exercise in trying to pare down a narrative to its essentials and I think with something where there’s complex public policy that’s probably a good thing. Certainly, I think it’s a good thing for a reader because I think to read a full-fledged narrative of the banking crisis, unless you’re a banker, is probably pretty tough,” says Orner.

Orner says, “I just wanted to write a book.” But not one that focused on and lionized the usual socio-political heroes: he cites Rosa Parks, Harvey Milk, and others. “We have more of a tendency to focus on the people that have done wonderful things for us in advancing civil rights at street level. But there’s a lot of good work that goes on in those boring conference rooms and hearings and agencies and bureaus in D.C., and I wanted to write about somebody doing what I thought was pretty heroic work in that pretty undramatic setting. I’m a little bit of a contrarian. I thought I could make it interesting.”

Eric Orner and Barney Frank will appear at the Provincetown Public Library, 356 Commercial St., in a reading and question-and-answer session sponsored by East End Books on Saturday, August 27 at 6 p.m. For more information visit provincetownlibrary.org or call 508.487.7094.