Home FRONT PAGE The Queer Music Revolution Will Not Be Televised 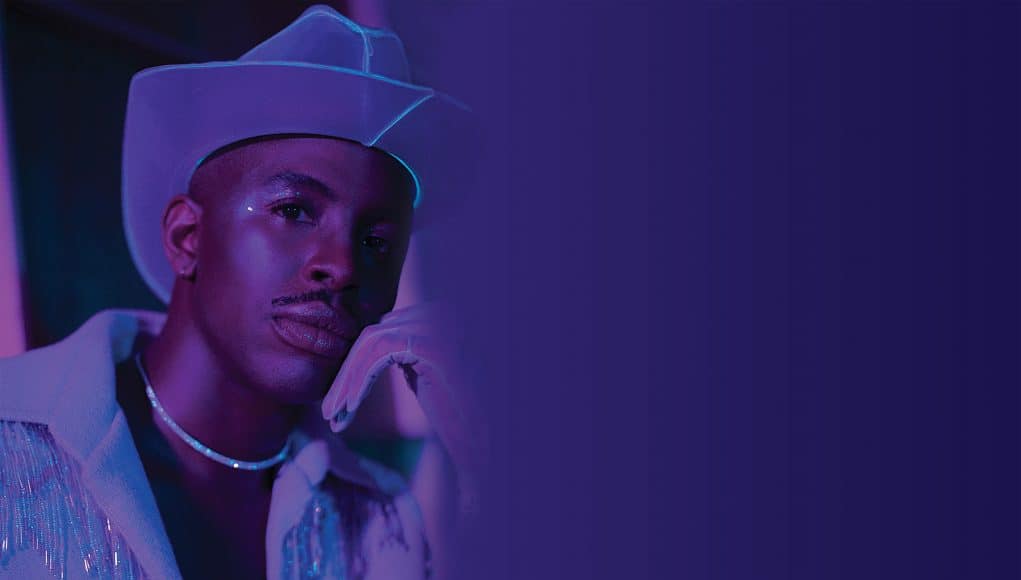 Once upon a time, the world of pop music was a hard club to get into. That kind of glamor and stardom belonged only to those who had the right connections and could appeal to music industry giants. But for first-generation Nigerian-American queer singer Kelechi, pop music is changing, and he couldn’t be happier.

“Back in the day, there had to be like five pop girls and that’s it,” says Kelechi, “But I think because of technology, because of access, [and] because of community – particularly in the queer community – we’re seeing more and more queer pop singers be able to have a platform because there are people out there who are willing to listen.”

Although he went to school in Atlanta, Georgia, for international studies, and started off his career on Capitol Hill working for Illinois Senator Roland Burris, Kelechi is no stranger to the world of pop music. After moving to L.A. from D.C., he got his start in the music industry performing with boy band CTZEN on The X-Factor. But, getting off the ground was hard at first—X-Factor judge Simon Cowell told the group he just “didn’t get it” and lambasted their boy-band aesthetic for being “ten years out of date.” For Kelechi, the experience of being on the show felt like being put in a box, while at the same time being ridiculed for his group’s more effeminate boy-band-like behavior and style. And it was inauthentic anyway, he says, “You realize that these shows are more TV shows than they are singing competitions.” Not to mention, the young queer artist felt odd singing about women and hiding his sexuality from the public, but was told by management not to come out because it would ruin his career.

But Kelechi refused to be defined by the world of boy bands and reality TV, splitting from CTZEN and later releasing his first solo single “Forever Tonight”in 2019, which Billboard dubbed an “instant classic.” “It just felt so natural and it felt so real,” he says, “And ever since that moment… everything kind of just fell into place. My queerness is part of my identity, and it’s nothing that I want to shy away from.”

Since then, the artist has released five more singles, including his most recent track, “give me your love.” Kelechi’s music contains a wide variety of influences, unapologetically tapping into the infectious ‘80s nostalgia that has captivated pop audiences over the past decade with traces of Whitney Houston, Cyndi Lauper, Tears for Fears, and Prince. “Looking into the past is a really good way to see into the future,” he says, “What I find really interesting about the music that I make is [that] a lot of my fans will say that they like my music and that they showed it to their parents and [they] actually like it, too… I want to be an artist for everyone.”

But Kelechi is not out of touch with the latest currents in contemporary music either. And perhaps what ties him so closely to the sound of the ‘80s is his authentic sense of futurism that he brings to his music. While harnessing that retro-pop sound, Kelechi is also building off of the sounds of everyone from Britney Spears to his modern-day colleagues like MUNA and Lauv, from which he crafts something truly original.

This past year, Kelechi headlined the OUTLOUD festival at West Hollywood Pride, alongside major queer artists like MUNA, Years and Years, and Dorian Electra—a testament to the rapid growth of both the queer music scene and Kelechi himself within the past few years. “We’ve always been here since the beginning, we’ve just been behind the scenes,” he says, “[Now] we’re getting our chance to come into the limelight…The queer community is bigger than ever, and our people want to hear and make art for our own people… I think the community is really driving [it] forward.”

And Kelechi is right. Queer people have long been a part of popular music, even from behind the scenes. And now, thanks in part to that long tradition of experience, a new wave of queer artists are claiming their place in pop.

But Kelechi says being a fully independent artist has been a journey. Without a manager or a label, the popstar has had to rely on his own unique artistic vision and instinct in order to make it in the competitive world of pop music. “Other singers coming up now… have all this reach, they have these labels, they have the connections and things like that,” he says. “It doesn’t necessarily make me jealous or angry, but it makes me want to work harder… I didn’t get this because I knew someone, I got it because of my merits.”

And it’s clear that the hard-working singer is on the rise. In fact, Kelechi is now the 2022 recipient of the Music Forward Foundation’s LGBTQ Emerging Artist Award, sponsored by CitiGroup, and is now using the $10,000 award to fund a new EP he aims to release by June 2023. And with the upcoming Washashore Music Festival here in Provincetown, which will be Kelechi’s second biggest solo show to date, big things are in store for this queer icon, and he could not be more excited.

Kelechi will perform Saturday, October 8, 9 p.m. at the Crown & Anchor, 247 Commercial St. as part of the Washashore Music Festival, a multi-venue event occurring in Provincetown October 7 – 9. For tickets ($60-$175), schedule, and information, visit washashorefestival.com.