Home FRONT PAGE Tales From The Dork Side: Ghosts and Guffaws Abound in Austin Tyler’s... 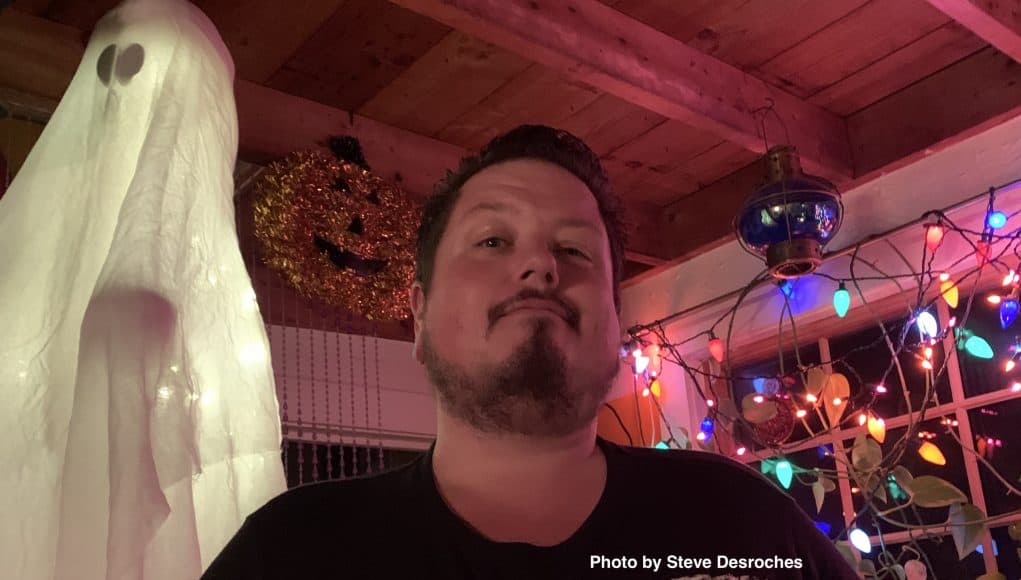 Growing up in central Connecticut Austin Tyler had a seemingly normal childhood….except for all the ghosts. Throughout his young life Tyler would occasionally see quick flashes of people that would then vanish or he’d feel an energy present or hear things that no one else noticed. These encounters weren’t really frightening, but rather intriguing. Some may just chalk it up to an active imagination or just a child explaining a real experience with a supernatural explanation. But as Tyler grew older and reached adolescence, he began to form his own viewpoint as to what was going on: he embraced an identity as clairvoyant, as his natural intuitiveness and heightened senses gave him a view of the world around us that included some imagery and vibrations from the other side. This realization felt a combination of confusing and comforting, but that would soon give way to acceptance and even a joy at settling into self-awareness.

“One of the reasons I was able to grow up that way was really because of my parents,” says Tyler. “They never told me what I encountered was not real. They just told me not to let it take control or be afraid.”

As he grew older, though, some of his phantasmagorical encounters became chilling as he leaned into sensitivities and educated himself more about the world of the supernatural.  And at the same time he also satiated the fun aspects of things that go bump in the night, developing an affinity for horror films, Halloween, and working the haunted attractions industry, which according to the Haunted House Association now generates $300 million annually in the United States each fall, adding to the $5.5 billion Americans spend on the haunted holiday. Straddling the two worlds of the believers and the skeptics, respecting both, allowed Tyler to personally study the paranormal while also embracing the fun side of being spooked. All of this experience, mixed with a penchant for crafting a good yarn, is culminating in Tyler’s first full-length solo show in Provincetown this Halloween weekend, Are You Afraid of the Dork?

“I’m good at telling stories and scaring the hell out of people,” laughs Tyler. Performed in the Wave Bar at the Crown and Anchor, the show will be presented in theater-in-the-round style with the audience cozying around like they’re at a campfire to hear true tales of Tyler’s apparitions and snapshots of the past that manifested before his eyes, some benevolent and some not. But as the title suggests, this show also takes out the comedic Ouija board to conjure up some laughs with stories meant to tickle the funny bone and enchant even the most ardent doubting Thomas. While Tyler explains the show is one part true ghost tales and one part stand-up comedy in the spirit of Halloween, there is also a nod to the Mexican tradition of Dia de los Muertos – the Day of the Dead, which is celebrated on November 1 and 2.

This past April Fool’s Day Tyler did a bit of stand-up as part of a comedy revue here in Provincetown. After the show he was approached by a woman named Stephanie, who had sadly recently lost her partner Tammy. Several years prior to her death Tammy began taking stand-up comedy classes, but never got a chance to perform due to the pandemic and then illness. After Tammy’s death Stephanie found six pages of notes and jokes, and she asked Tyler if he would someday perform her work as an honor to her memory since in life she never had a chance to present it herself. Tyler recalls reading the pages and realizing Tammy “was funny as hell.” In addition to this comedic ofrenda, the altars created for the Day of the Dead, Tyler will also touch upon the beautiful ache that can come with grief when he tells the story of having to give the eulogy at his sister’s funeral and the day he read it to her before she passed.

All combined Are You Afraid of the Dork? is a bit like a séance with comedic relief performed at a time of the year when multiple cultures believe the veil between the living and the dead is at its thinnest. It’s a large part of the traditions of Halloween, a holiday where we make fun of that which scares us, with death being a central theme, and the Day of the Dead, where beauty and remembrance soothe the pain of loss. This Halloween happening is very much like a horror film or a thrill ride in that you might feel scared or unsettled, but ultimately you know you are protected, even empowered.

“I love Halloween in Provincetown because Halloween here feels like it did when I was a kid,” says Tyler. “I love the playfulness of it and that its adapted for adults. It encourages creativity and exploration that taps into who you really are or who you want to be. It also allows for getting all kinds of things out of your system. You can make fun of what scares you, which is often death. Halloween gives you power over all that frightens you.”